China Issues Threat to the Philippines Over South China Sea 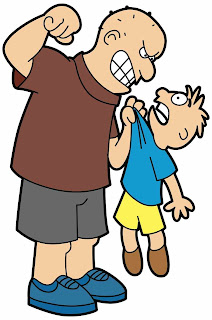 Yes, you could call it a "warning" as Reuters does in China media warns Philippines of 'counterstrike' in South China Sea, but we all know a threat made by a bully when we hear one, don't we? From the Reuters article:


The overseas edition of the People's Daily, the official newspaper of the Chinese Communist Party, said in a front-page commentary that the Philippines had committed "seven sins" in the South China Sea.

These include the "illegal occupation" of the Spratly Islands, inviting foreign capital to engage in oil and gas development in the disputed waters and promoting the "internationalization" of the waters, said the commentary.

The Philippines has called on the United States to act as a "patron", while ASEAN has become an "accomplice," said the commentary, which does not amount to official policy but can reflect the government's thinking. 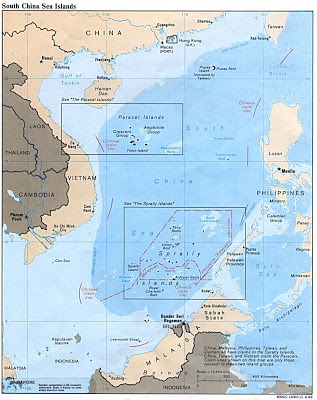 "The Philippines, knowing that it's weak, believes that 'a crying child will have milk to drink'," the People's Daily said, accusing Manila of resorting to many "unscrupulous" tricks in the disputed waters.

Beijing's assertion of sovereignty over a vast stretch of the South China Sea has set it directly against Vietnam and the Philippines, while Brunei, Taiwan and Malaysia also lay claim to other parts of the sea.

Wow, even reads like the words of 12-year old thug picking on a smaller kid.

The U.S. has defense agreements with the Philippines.

"Seven sins" against China -that's pretty good -setting China up as a victim.

And you have to love the use of the "counterstrike" to justify an act of aggression against a country with a very weak military.

Perhaps China is afraid that international law won't recognize its claims to the Spratly Islands and the entirety of the South China Sea?