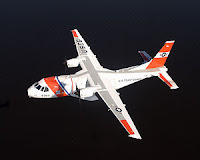 On the evening of Jul. 15, 2013, a Coast Guard HC-144 Ocean Sentry airplane from Air Station Miami detected a go-fast in the waters south of Mona Pass. Assisted by infrared capabilities, the sharp aircrew detected suspicious, square-shaped packages onboard and notified the command center at Sector San Juan, Puerto Rico. 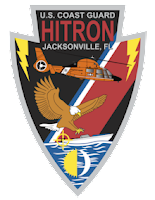 Along with Coast Guard Cutter Legare, Coast Guard Cutter Robert Yered and a helicopter from the Helicopter Interdiction Tactical Squadron were diverted to assist in pursuit of the suspected smugglers. Once on scene, the helicopter crew asked the suspicious vessel to halt. When it failed to do so, warning shots were fired.

As the go-fast continued to flee and began tossing bales overboard, the helicopter fired disabling shots. What began as an adrenaline-laced pursuit resulted in an important seizure of 2,300 pounds of cocaine and the apprehension of four suspected smugglers. The street value of the seizure was estimated at $35 million.