So, which is it? Do we forget our history and are therefore doomed to repeat it, or are we 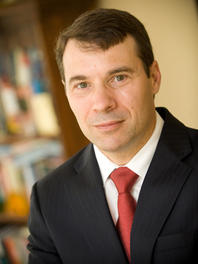 always preparing to fight the next war?

As we finish up the final chapter of our participation in Afghanistan after well over a decade, and reflect on the changes in the arch of the Muslim world from the Atlas mountains to Mindanao - what do we need, intellectually, to retain for what is coming "next?"

With one eye on historical patterns and another on developing economic, demographic, and political trends - what do we need to do to man, train, and equip the armed forces to be best positioned to address what we think we will face, but flexible enough to meet what we don't know?

Our guest for the full hour will be John Nagl, Lt Col USA (Ret.), PhD, presently the Minerva Research Professor at the US Naval Academy, previously the President of CNAS. 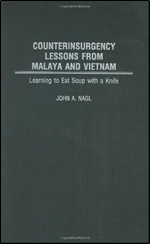 Dr. Nagl was a Distinguished Graduate of the United States Military Academy Class of 1988 who served as an armor officer in the U.S. Army for 20 years. His last military assignment was as commander of the 1st Battalion, 34th Armor. He led a tank platoon in Operation Desert Storm and served as the operations officer of a tank battalion task force in Operation Iraqi Freedom. Nagl taught national security studies at West Point and Georgetown University and served as a Military Assistant to two Deputy Secretaries of Defense.

He earned his Master of the Military Arts and Sciences Degree from the U.S. Army Command and General Staff College, and his doctorate from Oxford University as a Rhodes Scholar.

He is the author of Learning to Eat Soup with a Knife: Counterinsurgency Lessons from Malaya and Vietnam and was on the writing team that produced the U.S. Army/Marine Corps Counterinsurgency Field Manual. His writings have also been published in The New York Times, Washington Post, The Wall Street Journal, among others.