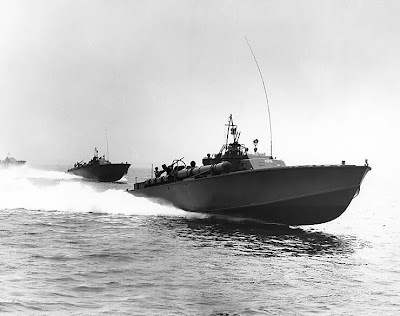 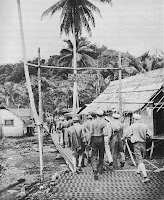 Back during the Korean War, the Navy Recruiting Service and NBC teamed up to produce a radio series, "Now Hear This." Here's one of the shows concerning a type of boat the Navy had abandoned (for the most part) after WWII - the PT Boat:

(to listen, click on the arrow thingie in the box above and the show will start) 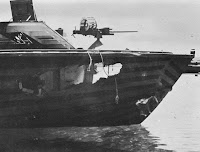 For those of you young enough not to remember the days before everyone had television - this is one example of how we got entertainment over the radio. The challenge for the scriptwriter and the listener was to create a mental image of the world being described.

You should also note that the writers took considerable poetic license in this story. While the U.S. fleet was not yet built up, there were heavy ships out there - a tale well told in James D. Hornfischer's Neptune's Inferno. We had a nice chat with him about the book on Midrats in 2011.

Not denying the courage and dedication of the PT Boat crews, just saying that it was part of a larger story . . .

By the way, this is an experiment of sorts in learning how to put an mp3 onto this site. There may be a few kinks. Creative commons license applies to the audio.
Posted by Mark Tempest at 7/27/2013 03:21:00 PM