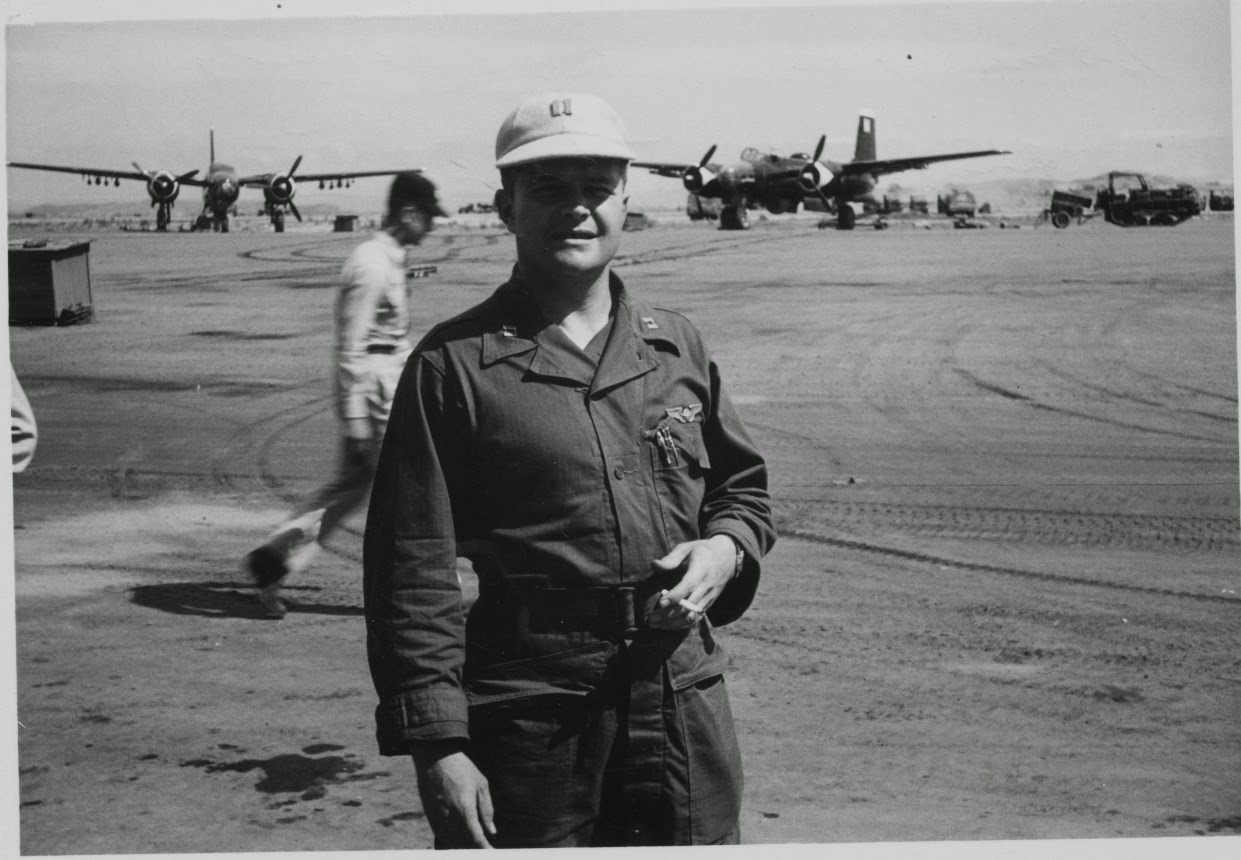 Some wag wrote on the back of the photo, "Some guy who stands in front of things to have his picture taken." I guess the rules on flight line smoking were different then.

At the time of the photo he was a 35 year old AF Reservist, recalled for Korea. In WWII he flew in B-17s with 35 combat missions after first serving in the horse cavalry near San Diego. During the Korean War he flew over 150 combat missions.

After Korea, he remained on active duty, finally retiring from the USAF in 1972 after a great deal of time in SAC.

He was once described a "big man built low to the ground."