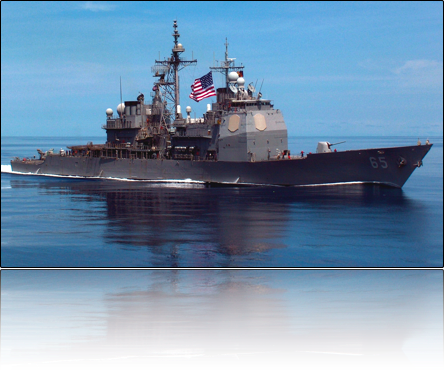 An interesting question (probably overstated in its headline) from The National Interest blog Could Asymmetric Warfare “Sink” the U.S. Navy? Starting with the Russian use of sunken ships to block the harbor mouth of Ukraine's Southern Naval Base, the authors write:


American ships are not adequately prepared for this tactic, and would have been hard-pressed to escape the bay. In the open sea, US Navy ships are powerful actors, protecting sea-lanes and projecting American power abroad. Near shore, however, their advantage is lost and they are vulnerable to asymmetric attacks. The US Navy must put more resources into preparing for and countering this sort of unconventional threat.

The answer is, of course, that the U.S. Navy, like every other force in the world, can be "vulnerable to asymmetric attacks." Like the Boy Scouts, the need is to "Be Prepared."

Is it a good idea to assemble a "Red Cell" to think about how these vulnerabilities could be exploited by a determined enemy? Sure. Just ask the folks who ran into the swarm attack of Lieutenant General Paul Van Riper at Millennium Challenge 2002.

On occasions when concerned with protecting an area or a unit, it is always a good plan to brainstorm with your team how you would attack that position or unit and make contingency plans on a "what if" basis. Some lessons we learn from flaming datum. I doubt waterside security now is "assumed" after USS Cole took its IED hit.

Given some of the ports the U.S. Navy operates in, a ship sinking in a harbor mouth may not even be intentional, but it can happen.

The good news is that our Navy is dispersed and a large portion is "out there" operating. This makes it unlikely that the entire fleet could be trapped by the sort of tactics employed by the Russians in the Ukraine matter.

As far as removal of a ship in a channel goes, our capabilities far exceed those of the Ukraine.

Now, if you want to talk about mining harbors and fairways, that's a really good topic.

However, there are always innovators who lurk about- remember this improvised diver delivery vehicle developed by some Tamil Tiger whiz kid? It was a torpedo powered by an outboard and guided by a diver with suicidal tendencies . . . 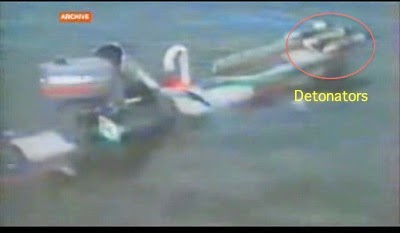 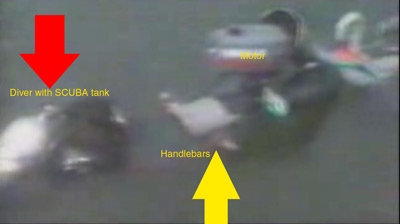 So . . . couldn't sink the whole Navy, but the unwary could pay a price.