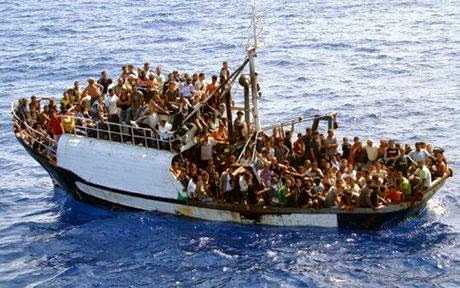 There ought to be a special level of hell for the people who engage in the sea smuggling of people for profit. Ruthless hardly covers it.


Smuggling of Migrants is a crime involving the procurement for financial or other material benefit of illegal entry of a person into a State of which that person is not a national or resident. Migrant smuggling affects almost every country in the world. It undermines the integrity of countries and communities, and costs thousands of people their lives every year.

The boat, whose passengers included women and children, sank at the mouth of a river shortly after midnight as it left Malaysia's Carey Island, likely bound for Indonesia's Sumatra island, officials and witnesses said.

Police said the boat lacked safety equipment such as life jackets, but that rescuers were still holding out hope of finding more survivors. The boat went down in shallow water close to shore.

"It is likely that survivors could have swum ashore and went into hiding since they have no legal documents here," said Mohammed Hambali Yaakup, head of operations in the area for the Malaysian Maritime Enforcement Agency (MMEA).

Hambali said he could not confirm reports that a people-smuggling gang had been involved with the boat. All 60 survivors have been arrested under immigration laws, he said. 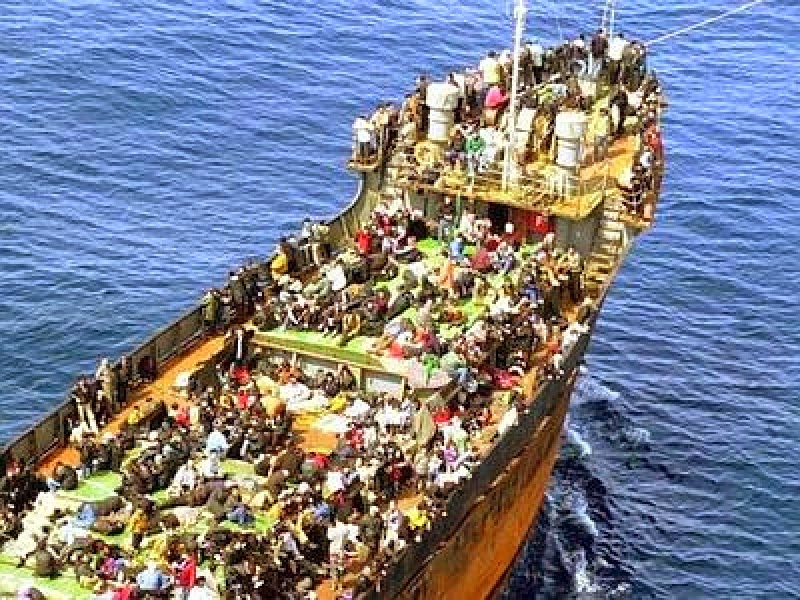 This problem is not limited to Asia - as noted in this BBC report, "On Italy's immigration front line":


Record numbers of immigrants have been arriving in the country this year. Arriving from the south, from Africa. Since the start of 2013 some 10,000 have landed every month, a growing number of them picked up by the Italian navy.

When 366 people died off the Italian island of Lampedusa last October, as the boat carrying them sank, Italy decided to deploy its maritime forces to prevent more deaths. They called the operation "Mare Nostrum" - Our Sea.

It's taking a toll on the country's finances, and on its immigration centres, which are filling up at an alarming rate.

It's also putting pressure on other European countries to share the burden, but there's increasing political pressure within many of those countries to limit immigration.

Few countries could handle 10,000 new immigrants per month, especially those arriving without any useful skills or funds to set themselves up in a new location.

Too bad the home countries of these migrants are such hellholes that any escape, even in the hands of hardened criminals, seem like the best of all the bad choices available. Since it seems that so many women and children are involved, it seems even worse.
Posted by Mark Tempest at 6/23/2014 02:01:00 PM

Email ThisBlogThis!Share to TwitterShare to FacebookShare to Pinterest
Labels: Migrant Smuggling by Sea