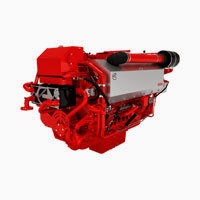 
The Cummins marine engine will be on display throughout the exhibition on the Alicat workboat on berth V28, courtesy of Gardline Marine Services, who are partners in the GLEAMS (Glycerine Fuel for Engines and Marine Sustainability) project, and Dalby Offshore, the vessel’s new owners. The Technology Strategy Board funded project is investigating the use of glycerine as a marine fuel to comply with the highest regulations for sulphur and nitrous oxide emissions, as well as slashing carbon emissions and potentially reducing costs.

More at The Royal Institution of Naval Architects website:


Simon Powell, MSE operations director, says: “There is a global over-supply of glycerol, a by-product of the expanding biofuel industry.” GLEAMS intends to analyse the advantages and drawbacks of using this substance ­ and, according to MSE, initial information makes it an attractive contender. He tells Ship & Boat International: “The combustion of glycerol is more thermally efficient than that of MDO / HFO and, therefore, the basic carbon reduction calculation is improved. Glycerol has no sulphur emissions, reduces particulates to practically zero and produces very low NOx emissions. 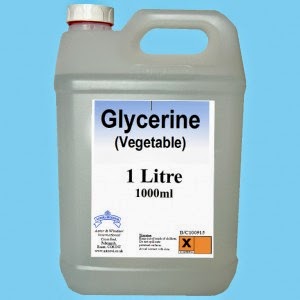 “Glycerol is also non-toxic, water soluble and requires no criteria for vapour risk or fire risk ­ it is nearly impossible to ignite accidentally.” Regarding carbon emissions, Powell says: “The EU Renewable Energy Directive quotes crude glycerol as resulting in 0% carbon; however, cleaned fuel grade glycerol would probably result in 2-3% of the carbon level of MDO or HFO.”

He adds that glycerol has a low energy density when compared directly to fuel oils, but that this can be compensated for by an increased level of efficiency. Similarly, users would need to carry a larger volume of glycerol to attain the operational results expected of fuel oils, but the low-hazard nature of glycerol means that it can be easily incorporated into vessel hull space.

Sure, fill those voids with glycerine.

Some more from the GLEAM Forum FAQs:


Is Glycerine compatible with most existing diesel engines?

The holders of the patents (Aquafuel) tell us the fuel could be used in all suitably modified diesel engines. This applies equally to four stroke high and medium speed engines and large two stroke engines. The technology should be applicable across the range of diesel engines employed in shipping.

What are the price and emission reduction comparisons with LNG-fuelled solutions?

It is too soon for us to answer this question fully, that is part of the GLEAMS Project’s work. However we can say:
o The combustion of Glycerine is more thermally efficient than MDO or HFO and therefore the basic carbon reduction calculation is improved.

o Glycerine has no sulphur emissions

If you, like me, are a little sketchy in your chemistry background, here's some background on glycerine.

I also highly recommend Vaclav Smil's Prime Movers of Globalization: The History and Impact of Diesel Engines and Gas Turbines:


In Prime Movers of Globalization, Vaclav Smil offers a history of two key technical developments that have driven globalization: the high-compression non-sparking internal combustion engines invented by Rudolf Diesel in the 1890s and the gas turbines designed by Frank Whittle and Hans-Joachim Pabst von Ohain in the 1930s. The massive diesel engines that power cargo ships and the gas turbines that propel jet engines, Smil argues, are more important to the global economy than any corporate structure or international trade agreement.

Because this is all about energy to move goods and services around the world. Cleanly.

The rub, of course, is whether or not expanded production of glycerine is less damaging to the environment than continuing with the alternatives. Trying to avoid the "ethanol trap", you know.