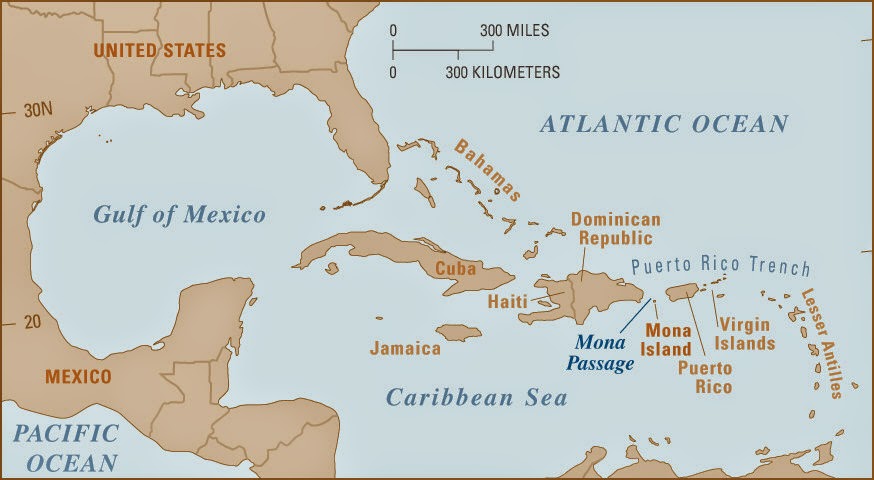 Poor and desperate people who are taken advantage of by thugs. So, the U.S. Coast Guard has to spring into action - a sad response to a failed country's mess. Reported by the Coast Guard News as "Smugglers force migrants into the sea in attempt to avoid interdiction":


The Coast Guard repatriated 43 Haitian migrants Wednesday from two separate interdictions in the Mona Passage, including a pair of migrants who had to be rescued after they were forced into the water by smugglers attempting to avoid interdiction at sea.

Upon the cutter Key Largo’s arrival on scene, the smugglers, in an attempt to flee the area and avoid interdiction, allegedly threatened the migrants onboard and forced two Haitians, including a minor, overboard without life jackets. The crew of the Key Largo rescued the two Haitians and continued to pursue the suspect vessel.

During the pursuit, a patrolling U.S. Customs and Border Protection Office of Air and Marine Operations aircraft was able to maintain surveillance of the fleeing vessel until it was relieved by a Coast Guard HC-144 Maritime Patrol aircraft deployed to Puerto Rico from Coast Guard Air Station Miami.

“This incident demonstrates just how ruthless smugglers are. They have no regard for human life and are only seeking to profit from this illicit activity,” said Lt. Daniel E. Stepler, Coast Guard Cutter Key Largo commanding officer.

Hanging from a yardarm might be a good idea for those smugglers. Attempted murder charges at least.

These repatriations are a result of five separate attempts to illegally migrate to the United States.

All the migrants interdicted were transferred to the Coast Guard Cutters Knight Island and Confidence for repatriation.

“The Coast Guard and our partner agencies continue to diligently patrol the waters around the United States to deter illegal migrant activity,” said Capt. Mark Fedor, chief of response enforcement. “Our main concern is the safety of life at sea. When migrants put their lives in the hands of smugglers, or take to the sea aboard unseaworthy vessels, they put their lives at grave risk.”

Once aboard a Coast Guard cutter all migrants receive food, water, shelter, and basic medical attention.