Off the coast of the "toe" of Italy: Mafia 'sank ships of toxic waste'

A shipwreck apparently containing toxic waste is being investigated by authorities in Italy amid claims that it was deliberately sunk by the mafia.

An informant from the Calabrian mafia said the ship was one of a number he blew up as part of an illegal operation to bypass laws on toxic waste disposal.

The sunken vessel has been found 30km (18 miles) off the south-west of Italy.

The informant said it contained "nuclear" material. Officials said it would be tested for radioactivity.

Murky pictures taken by a robot camera show the vessel intact and alongside it are a number of yellow barrels.

Labels on them say the contents are toxic.

The informant said the mafia had muscled in on the lucrative business of radioactive waste disposal.

But he said that instead of getting rid of the material safely, he blew up the vessel out at sea, off the Calabrian coast.

He also says he was responsible for sinking two other ships containing toxic waste.

Experts are now examining samples taken from the wreck.

About 30 ships containing radioactive and other poisonous refuse may have been scuttled off the Italian coast in an illegal Mafia operation to dispose of dangerous substances at sea.

Italy’s political opposition yesterday demanded an investigation after the wreck of a cargo vessel containing 120 barrels of potentially radioactive waste was found in waters off the southern province of Calabria. Environmental campaigners said that many more ships containing toxic and radioactive rubbish were believed to lie near by. 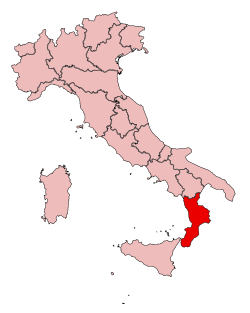 The discovery of the Cunsky, sunk in 1992, came after her location was revealed to anti-Mafia investigators by Francesco Fonti, a former member of the ’Ndrangheta, or Calabrian Mafia, who has become an informant. Mr Fonti claimed that the Cunsky contained radioactive material.