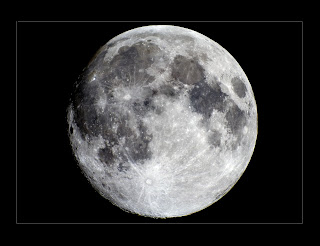 Over on the right side of this blog I have both a moon status box and a couple of "winds off Somalia" boxes.

You might note that the moon is currently waxing gibbous and that the winds are down in the Gulf of Aden. What is approaching, in fact, is the "harvest moon" - when around October 4, moonrise of a full moon occurs as the sun sets, giving a lengthy period of reasonable lighting for activities that might otherwise have to be stopped on account of darkness.

What is a "harvest moon?" From here:

Here is the celebrity of the hour – perhaps the biggest of the entire autumn season – the legendary Harvest Moon. The moon reaches the crest of its full phase at 06:10 Universal Time on October 4. That is 1:10 a.m. tomorrow morning in the central U.S.

All of us around the globe find tonight’s moon in the same approximate place as every full moon – in the east as the sun sets and twilight begins to wash the sky. It’s this big red Harvest Moon – ascending over the eastern horizon around the time of sunset – that everyone writes songs about. You’ll see why if your sky is clear and you have a lovely setting for moonrise tonight.

Yes, it's "harvest moon" time - and a time to be wary of pirates, too.