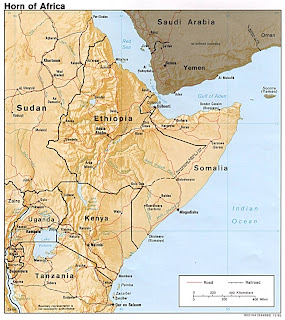 "The security of the Persian Gulf and Sea of Oman should be spread to the Gulf of Aden," Mottaki said in a Monday meeting with Mitropoulos in Tehran, IRIBNews reported.

He also added that the Islamic Republic is ready to help establish security in international waterways.

The Iranian navy deployed its third naval mission to the Gulf of Aden earlier this month to fight piracy off the coast of Somalia.

For some reason the UK may not appreciate Iran's efforts to "bring security to international waters - see this reminder about the Iranian capture of Royal Navy sailors a couple of years ago.

The Iranian statement reminds of a child complaining that someone "hit me back."

Think about the Iranian contributions over the years to the security of the the Persian Gulf and have a good laugh.