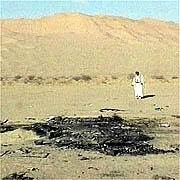 Analysis: US denying safe haven for al-Qaida in Somalia:

In the early hours of Monday morning, a number of missiles fired from an American naval ship fell on the small Somali town of Dobley. The target according to a US military official, was a "facility where there were known terrorists" affiliated with al-Qaida. 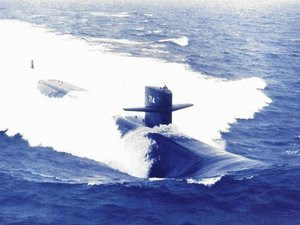 The Monday attack was reminiscent of the January 2007 air strike, which the US carried out against suspected al-Qaida operatives involved in the 1998 US bombings in East Africa. This latest show of US force in the Horn of Africa emphasizes Washington's continued resolve to attack al-Qaida operatives and their bases wherever they are in order to deny them safe havens.

There is discussion that the "naval ship" involved was a submarine, as Bubblehead, does. Galrahn has more and more.

Of course, I just have a music video to offer:


You can sing along.