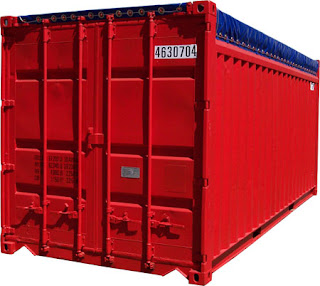 Container shortages are hammering US shippers as exports surge on the back of the falling dollar. US exports grew in 2007 by 16.6 percent year on year, the best since May 2004.
"An exporter cannot get a container in the Midwest, and in Southern California he can't get space on a ship," said Peter Friedmann, executive director of the International Trade Counsel.
Most of the export boxes from the US are stuffed with recyclable goods and agricultural products, and while the increase addresses the record trade surplus, the transpacific route has historically been geared for eastbound trade.
"People are simply not able to export the sort of volumes of which they are capable of," Friedmann said. "Our answer to the trade surplus just can't be delivered."
***
International Asset Systems (IAS) is an asset management solution provider based in Oakland, and its senior vice-president of US intermodal, Phil Behenna, explained that the box supply pattern was changing in the Midwest.
"For the first time in living memory, there are many new markets for which the shipper cannot find boxes," he said.
Behenna said out of every 100 containers coming into the US, about 50 would go back out empty. Of the remaining 50, most would have to be trucked back to the port empty while exports were found. Only five would get "turned on the street", or filled without having to be taken back to a port empty.
"Usually the depot will send out another container to collect the export cargo, mainly because they have no idea where the empty containers are in time to re-route a truck," he said.
But even if the containers can be found, there is no guarantee that space would be available on ships leaving the port complex of Los Angeles-Long Beach.
Slot space was an issue of pricing, Friedmann said. "The carriers will have to adjust their pricing to guarantee space and their customers will have to understand they will pay more for the space," he said.
"The demand for space by exporters is going to continue, so it will no longer be a surprise for the lines."
Ed Zaninelli, vice-president of the transpacific westbound trade at Orient Overseas Container Lines, said exports may increase by 20 percent this year.