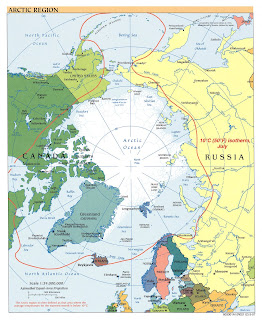 An increase in Coast Guard Arctic flights might not be a big story but check out the little gem in the middle of this piece:

The U.S. Coast Guard says it's stepped up surveillance flights to the Arctic.

It plans to complete one every two weeks to familiarize crews with the terrain.

Rear Adm. Gene Brooks, commander of the 17th Coast Guard District, said the Guard needs to know about the lay of the land and what other nations might be doing in the Arctic.

During one of the flights, which began last fall, Brooks said the Coast Guard was surprised to come upon Chinese research vessels.