Ice trouble in the Great Lakes 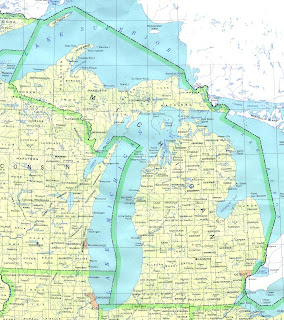 Coast Guard officials on both sides of the St. Clair River are concerned vessels bound for Lake Huron may become stuck in ice as the shipping season resumes in coming days.

The official start of the shipping season is this week, with the lower St. Lawrence River locks opening Thursday and the Soo Locks opening March 25.

Sam Babisky, superintendent of operations for the Sarnia Coast Guard, said there's still a lot of ice in the narrow shipping channel known as the Huron Cut, which begins north of the St. Clair River.
"That ice there is blown off the shore," Babisky said. "There's hundreds if not thousands of square miles of the ice pack."