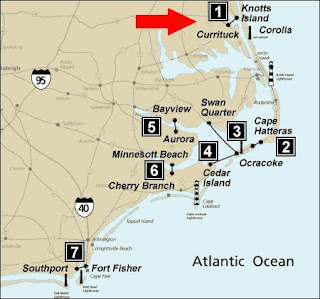 A bomb threat but no bomb found, as reported here:

An employee found the bomb threat at 5:30 a.m. on the vessel Gov. Hunt written on what appeared to be piece of legal pad paper, said Randall Edwards, spokesman for Currituck County. The vessel Ocracoke was also cleared.

“No evidence of any type of bomb or bomb-making materials was found on either vessel,” Edwards said. 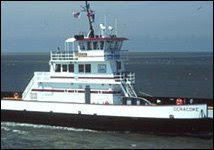 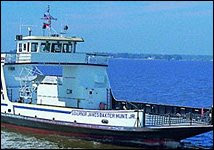