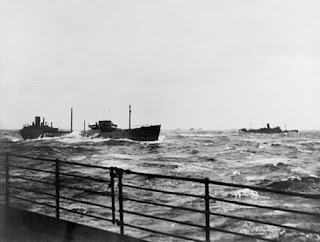 If you want to stop pirate attacks then you have to do more than just wring your hands and take resolutions to the UN. The proactive approach is to set up a convoy system.

It worked in the past:

By the French Revolutionary Wars of the late 18th century, effective naval convoy tactics had been developed to ward off pirates and privateers. Some convoys contained several hundred merchant ships. The most enduring system of convoys were the Spanish treasure fleets, that sailed from the 1520s until 1790.

When merchant ships sailed independently, a privateer could cruise a shipping lane and capture ships as they passed. Ships sailing in convoy presented a much smaller target: a convoy was no more likely to be found than a single ship. Even if the privateer found a convoy and the wind was favourable for an attack, it could hope to capture only a handful of ships before the rest managed to escape, and a small escort of warships could easily thwart it.

I guess 400 years of history is too easily forgotten. Convoy ops can be modernized to allow for radar, higher speed naval ships.