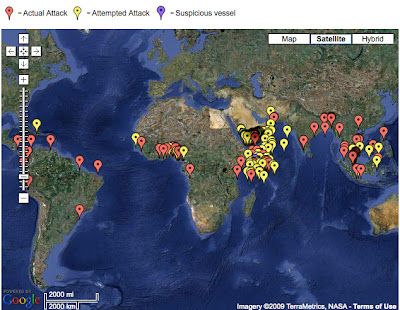 As the pirates of Somalia restart after a monsoon break, it's a good time to note that parts of the rest of world have maritime security issues, too. 2009 (to date) Piracy Map from IMB here. From ONI here, the latest Worldwide Threat to shipping Report (to 15 October 09):

Hijackings marked in red by me.