Somali Pirates: "China is coming and they're not happy" 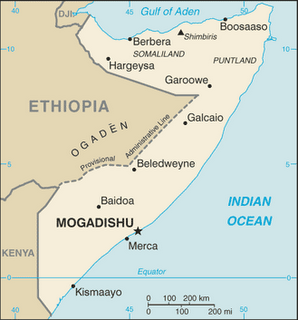 China has vowed to rescue the crew of a coal-laden cargo ship seized by pirates far off the coast of Somalia, but a negotiated settlement is more likely, maritime experts said Wednesday.

Off Somlia, currently China has a couple of frigates, a supply ship and some PLA marine commando teams aboard. The frigates carry a couple of helicopters.

It remains to be seen how much they want the coal carrier back and what price they are willing to pay for it either in ransom or blood.

Reinforcements for the Chinese units are a long way away, unless they seek assistance from other anti-pirate patrol nations, some of which have been more aggressive in their use of force against pirates than others. 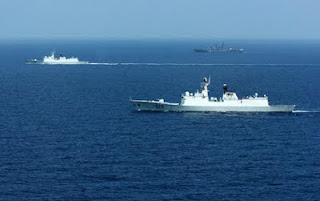 There is also the question of whether or not a "big stick" approach will have any effect on future pirate operations against Chinese vessels.

My belief is that the pirates don't really know who owns the ships they pursue, so I wouldn't hold much hope of deterring future attacks by a show of force. Unless, of course, that show of force means taking out the shore side operations of the pirates- which is not likely given the size of the Chinese force.
Posted by Mark Tempest at 10/21/2009 01:34:00 PM