Around noon local time, October 19th 2009 a Bulk Carrier from the Peoples Republic of China was hijacked in the Indian Ocean, 550 nautical miles North East of the Seychelles and 700 nautical miles off the East coast of Somalia.

On indication of an attack an EU NAVFOR Maritime Patrol Aircraft, operating from the Seychelles was launched to investigate the incident.

The bulk carrier was not registered with the Maritime Security Centre Horn of Africa. 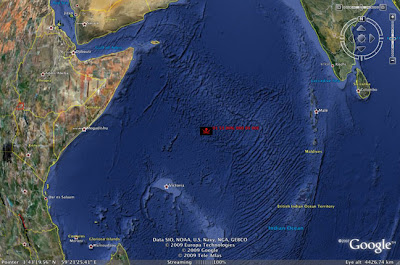 UPDATE: This is reportedly (see here) the first hijacking east of 60 degrees east longitude, though there have been attacks across that line.

It should be noted (as it was in the article cited above) that the winds in the Indian Ocean are favorable to piracy right now (see the wind charts on the right (active) and below (static))) while not so pirate friendly in the Gulf of Aden. 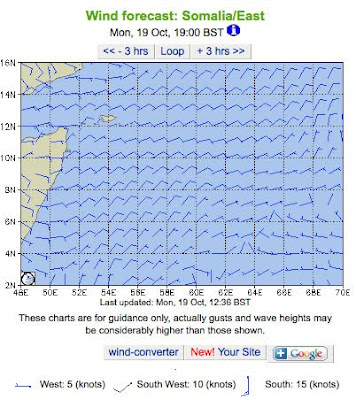