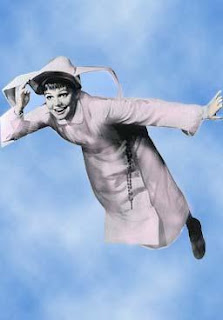 When the People's Daily picks up on a story like this "Increased security checks at U.S. airports slammed as racial profiling", after laughing yourself silly, it's time to add Chinese to the list for extra scrutiny, too:

As of Jan. 4, 2010, anyone flying into the United States, traveling from or through Afghanistan, Algeria, Iraq, Lebanon, Libya, Nigeria, Pakistan, Saudi Arabia, Somalia, Yemen, Cuba, Iran, Sudan and Syria, will be required to go through increased security checks.
***
South Asian Network, a grassroots, community-based organization dedicated to advancing the health, empowerment and solidarity of persons of South Asian origin, and partner organizations have sent letters to the U.S. Department of Homeland Security (DHS) and Transportation Security Administration (TSA), asking to remove these changes because they would lead to more racial and religious profiling as well as targeting based on national origin.

That'll make it fairer. After all, adding 1/4 of the earth's population lessens the impact on other groups. Statisically speaking, of course.

Email ThisBlogThis!Share to TwitterShare to FacebookShare to Pinterest
Labels: Homeland Security, Not So Much Humor