Haiti: Some JLOTS Components in Use

U.S. Navy sailors, Marines and soldiers are working hard to find a means to improve the flow of disaster relief supplies into Haiti. Following are some Navy photographs of the effort to use tools in the military system to put needed materials on the beach. 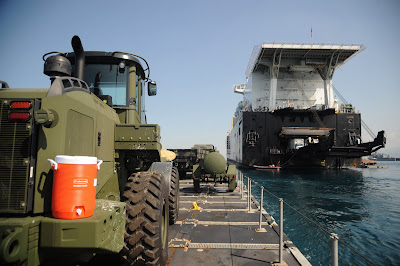 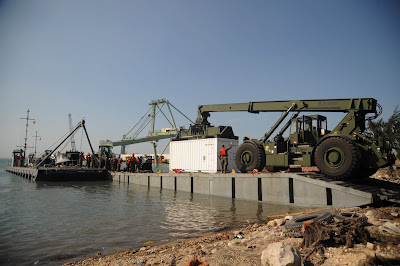 The above photos show a powered component of the JLOTS/INLS system carrying equipment from USNS Lummus and then improvised system to marry a warping tug with a pontoon for delivery of a container. The heavy duty machine getting ready to move the container is a some form of a Rough Terrain Cargo Handler (RTCH) (generally pronounced "wretch").

The port workaround is necessary because the main port for Haiti is broken, as the following pictures demonstrate: 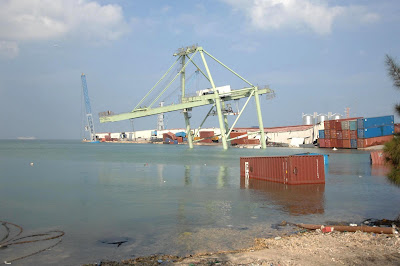 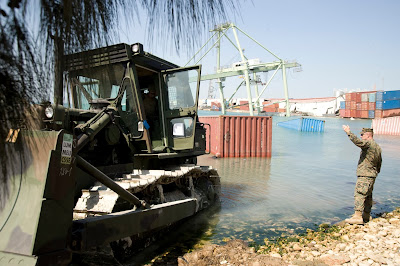 The port in Port-au-Prince is left in shambles by the 7.0 magnitude earthquake that hit Haiti on Jan. 12, 2010. The U.S. military is working to restore the port to working order. (U.S. Navy photo by Chief Mass Communication Specialist Daniel C. Pearson/Released)

Below, sailors are trying to find another place that may work for supply efforts: 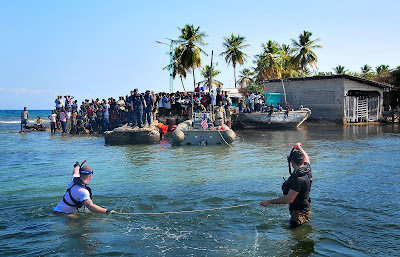