When a land power wants to set up locations for bases to control the air and sea in areas of interest to them ...

Hat tip to James Kraska, Professor of Oceans Law and Policy, Stockton Center for the Study of International Law, U.S. Naval War College, who also notes the under the United Nations Convention on the Law of the Sea, Section 121, such "land reclamation" does not create new "islands" under the terms of UNCLOS because Section 121 provides:

1. An island is a naturally formed area of land, surrounded by water, which is above water at high tide. 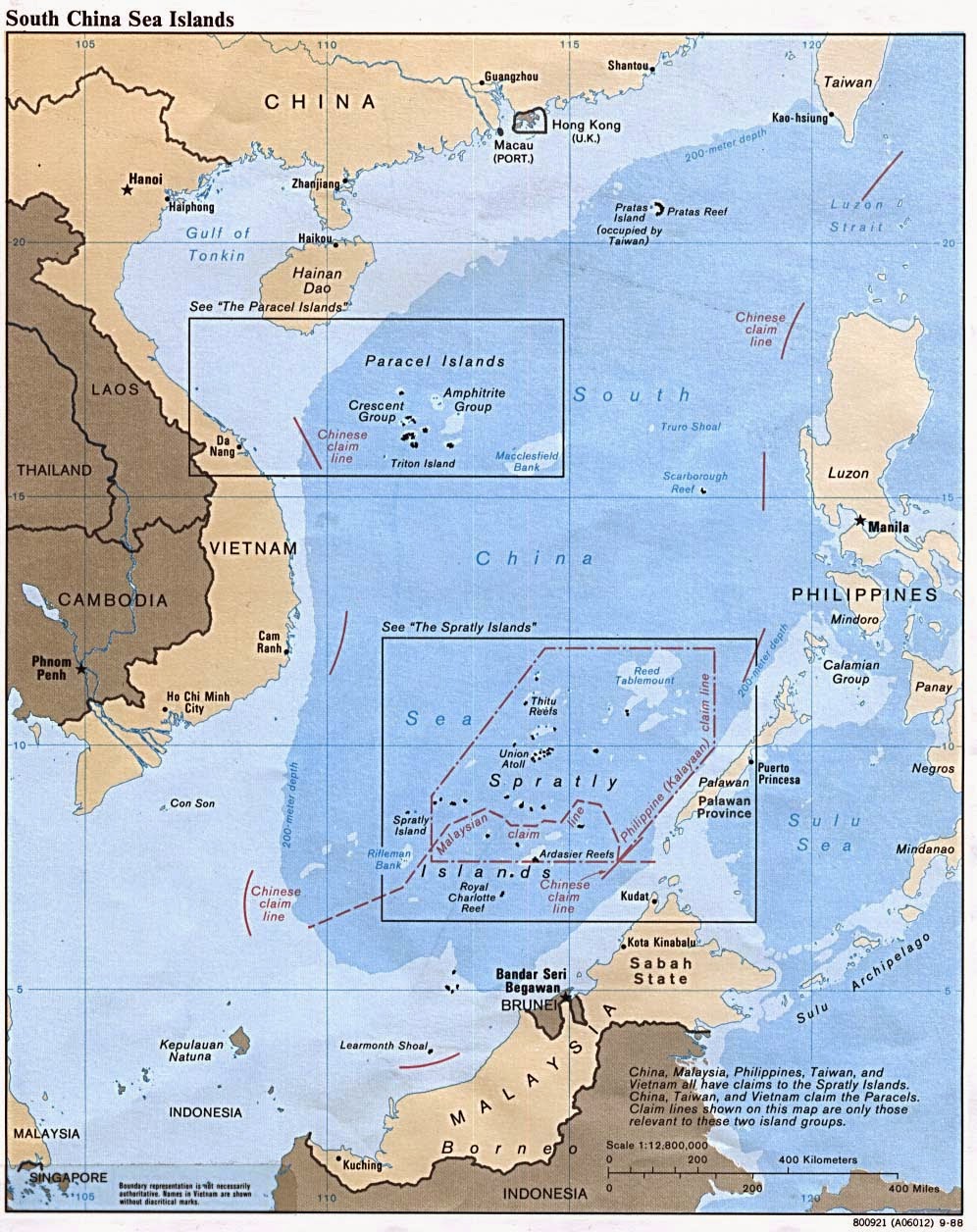 2. Except as provided for in paragraph 3, the territorial sea, the contiguous zone, the exclusive economic zone and the continental shelf of an island are determined in accordance with the provisions of this Convention applicable to other land territory.

3. Rocks which cannot sustain human habitation or economic life of their own shall have no exclusive economic zone or continental shelf. (emphasis added)

Under UNCLOS, this would seem to defeat any claims China might assert to increasing their territorial waters or exclusive economic zone on the basis of 'land" totally reclaimed from the sea. However, where China asserts sovereignty over existing islands or rocks which were "naturally formed" (albeit now enhanced through reclamation) the issue seems to be one of their legal right to assert such sovereignty.

Nonetheless, just as Japan sought to create a "ring of steel" around its conquests in WWII by developing island air bases to dominate the sea lanes that might threaten its gains, so it appears China is building "unsinkable aircraft carriers" to dominate the South China Sea.