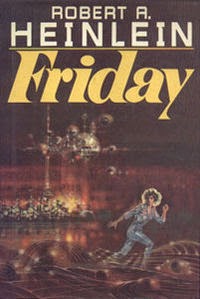 
What are the marks of a sick culture?

It is a bad sign when the people of a country stop identifying themselves with the country and start identifying with a group. A racial group. Or a religion. Or a language. Anything, as long as it isn't the whole population.

A very bad sign. Particularism. It was once considered a Spanish vice but any country can fall sick with it. Dominance of males over females seems to be one of the symptoms.
***
Robert A. Heinlein


Interesting read on "The Muslim Balkanization of the West"American Thinker:


*** By giving incentive to Muslim immigrants to not only resist all assimilation, but to establish a separate country within a country, the French have effectively allowed the Balkanization of their homeland, which will alter it forever – and not for the better.

It is fine to allow diverse cultures to exist within a free society as long as they can exist peacefully side by side, recognizing a common legal and political system that represents everyone. But it is suicidal to encourage a multi-tiered society where one has no reason to recognize the legitimacy of the laws of the host country. This is also reflected in the United States, where there is move to assure immigrants who are here illegally that there are few or no repercussions for violating the law or disrespecting our borders.***