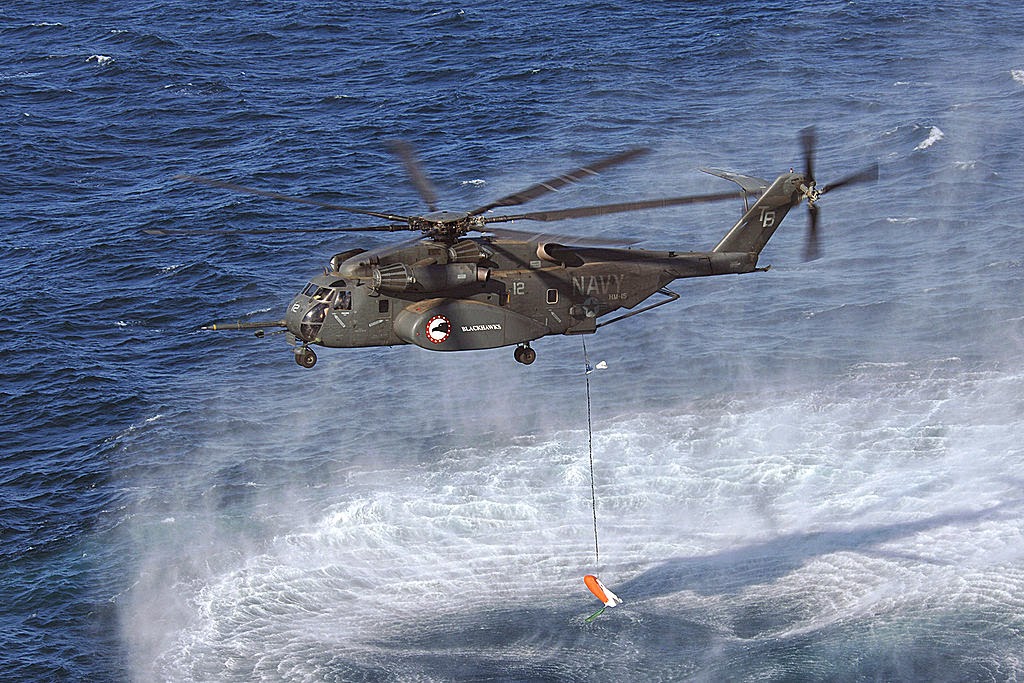 It's one thing to ask men and women who serve our country to place themselves in harm's way because of a threat to the people of the United States or our allies. It's quite another to put them in harm's way because of . . . apparent indifference to the harms they face just trying to do their jobs. The Navy blogger at "Ask a Skipper" points to just such a story at "Not Every Fairy Tale has a Happy Ending". Reporter Mike Hixenbaugh of the Virginian Pilot deserves a salute for his reporting. There's a reason we replace old tools.

It's hard enough to figure out what weapons owned by a potential opponent are truly worrisome without ascribing capabilities to them that appear to make the opponent 10 feet tall. So it is interesting to read this article from The National Interest, "No, China Can NOT Shoot Down 90% of Hypersonic Missiles" in which Zachary Keck examines the hype present in the the headlines:

There are other smaller issues with the claims as well. For example, no country currently deploys hypersonic missiles, raising the question of how the Type 1130 achieved its 90 percent success rate in shooting them down.

Well, except for the facts, the original reports were accurate. It should be noted that hypersonic missiles are being developed, such as the joint Russian-Indian BrahMos II, the Indian Shaurya, and the Chinese "hypersonic glider". About the last, Bill Sweetman at Aviation Week writes:


In the view of the U.S. Navy, the Mach 10 test of a hypersonic glide vehicle that China conducted on Jan. 9 reflects its predictions of future warfare. If and when China can put the technology into service, Beijing will have a weapon that challenges defenses and extends the range of its ballistic missiles against land and sea targets, but its offensive application is still some years away and depends on solving tough challenges in targeting and guidance.

As you might have guessed, the U.S. is also playing with the hypersonic missile world.

Will cities become the most trouble areas of our future? Robert Muggah has an article on the Foreign Affairs website discussing that issue,
Fixing Fragile Cities: Solutions for Urban Violence and Poverty:


The direction of urban population growth is shifting dramatically, as Africans and Asians, not Americans or Europeans, flock to cities in unprecedented numbers. According to the latest UN estimates, more than 90 percent of all future population growth will occur in the cities and sprawling shantytowns of the developing world.
***
As large cities thrive—just 600 of them now account for two-thirds of global GDP—countless smaller and medium-sized cities fall behind. Widening this gap are so-called fragile cities: places where the social contract binding municipal governments to their citizens has crumbled and anarchy rules.

With some exceptions, these centers of fragility are located in North, Central, and South America, which are home to a staggering 45 of the 50 most dangerous metropolises....

Rapid growth and a younger population appear to be key factors in city instability, which have also been noted as issues in national instability. Karachi, Pakistan is cited as a prime case. You may not agree with some of the proffered solutions (e.g. "City planners and private investors must avoid the temptation to reproduce segregation and social exclusion, and they must insist that the public good prevails over private interests.") but they are worth contemplating.

Finally, a revisiting of the "war on drugs" - this time the impact the illicit drug trade is having in Africa, from The Economist, The Smack Track
East African states are being undermined by heroin smuggling pointing out that the clamp down on drug smuggling from Afghanistan by a land route into Europe has caused the smugglers to turn to other routes:


Instead smugglers have taken to the seas. Shipments of heroin are unloaded from dhows and cargo ships off the shores of Kenya and Tanzania, and taken ashore on small speedboats. They are then broken up into still smaller packages before being “muled” to Europe from international airports in Kenya and Ethiopia. Sometimes they are consolidated and sent by lorry to South Africa for onward shipping. Some of the heroin enters the African market to feed nascent demand, particularly in Zanzibar, Mombasa and Dar es Salaam, where heroin use is slowly rising. Heroin is also smuggled to consumers in South Africa and Nigeria.

In Kenya and Tanzania criminal gangs with close ties to political and security elites control the trans-shipment. The risk is that state institutions will be hollowed out or, worse still, that states could be captured by transnational criminal networks. A 2011 research paper by the International Peace Institute, a think-tank in New York, said the foundations of the Kenyan state were “under attack” from such gangs.

Can drug cartels cause states to fail? That's a good question, isn't it?