Poetry of a Sort to Ring in the New Year 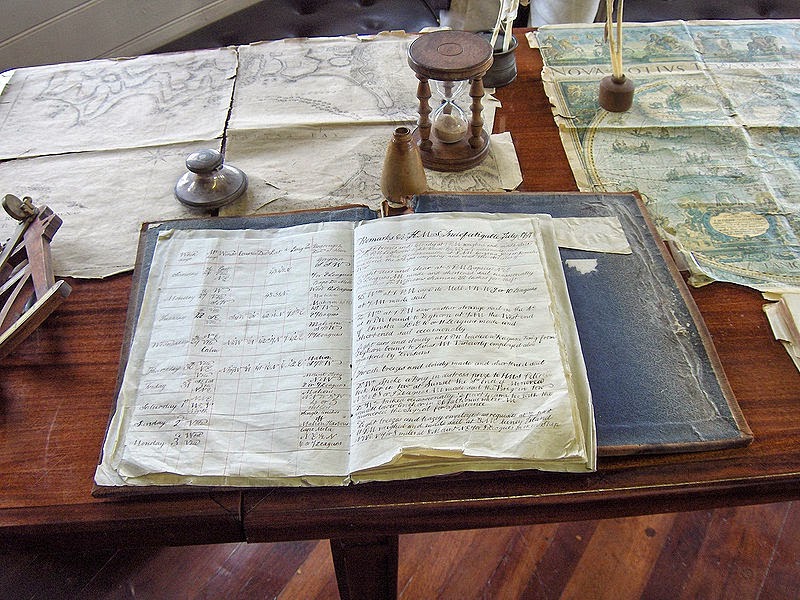 Tradition has it that the first entry of the new year on a U.S. naval vessel's log contains a brief "poem" (read "doggeral") as set out in a 1959 USNI Proceeding article "The First Watch":


Generations of junior officers have known that there is only one fate worse than being in the duty section on New Year's Eve, and that is drawing the mid watch—the first watch of the New Year. Bad enough, when the ship is in port to forego a big time ashore; worse still to stand chilled to the bone on a deserted quarterdeck and glumly greet the still celebrating shipmates who manage to make it back before dawn.

And so grew up the custom of logging the first watch of the New Year in verse, providing some diversion for the wretched watch officer, and amusement for his shipmates the next day. The unwritten rules for this game have always required that even though in verse, the log be complete, containing all of the information normally found in every 0000-0400 watch. The poetic license invoked in rhyming the berth and anchor bearings or course and speed, boilers in use, ships present, wind, weather, and tide has often been fearful and wondrous to behold. Yet, as always in folk songs and stories, there is a message expressing the mood of the times and the personality of the author.

Among the examples cited by Captain McNitt:


This was well expressed by Ensign M. Hall, Je, in the USS Oklahoma, who after listing the ships present, wrote:

"All face the fresh southeaster gale

That drives the wave tops up the shale

Urging water down the watches' necks."

And there is this from USS Whitehurst's web page:

00 to 04
The watch is set on this rusty old barge.
It's the first of January and the rats are at large.
Moored starboard side to the number 5 pier,
While the crew all dream of girls, liberty, and beer.
At berth fourteen, well secured to the dock,
With six inch manila run through the chock.
Located in an area not known to be new
At Pearl Harbor Naval Base on Island Oahu.
SOPA the boss, who should not be in bed
Commander in Chief, Pacific Fleet, it is said.
Thought the ship it is condition Baker,
And boiler number one is the old steam maker.
We are receiving fresh water from the shore.
Our evaps are not working for us anymore.
Mighty warships of the Pacific Fleet are here,
Yard and district craft, so we have nothing to fear.
The ship has welcomed the glad new year
Without much noise and even less cheer.
The Captain and Exec are in bed snoozing
But McClintock and Alsover are still out boozing.
The whole crew is aboard, they are silent and glum.
Their pockets are empty, payday hasn't come.
The Chief Engineer returned before two.
Without his boilers, he didn't know what to do.
He said he was sober as he grinned into space,
Then took a step forward and fell on his face.
Zero-two-twelve, flying saucers in the west,
The Damage Control Officer will know what is best.
Chemical alarm or repair number two,
The men he has trained won't know what to do.
Send a man up the mast armed with an OBA
To watch for the little men who are here to stay.
The paymaster came aboard at zero-two--thirty.
His eyes were bloodshot and clothes were all dirty.
Asked where he'd been and what he had done,
He replied, "I don't know, but I must have had fun."
C.J. Gillman....................................D. Harlan
LTJG USNR.........................................Ens. USNR