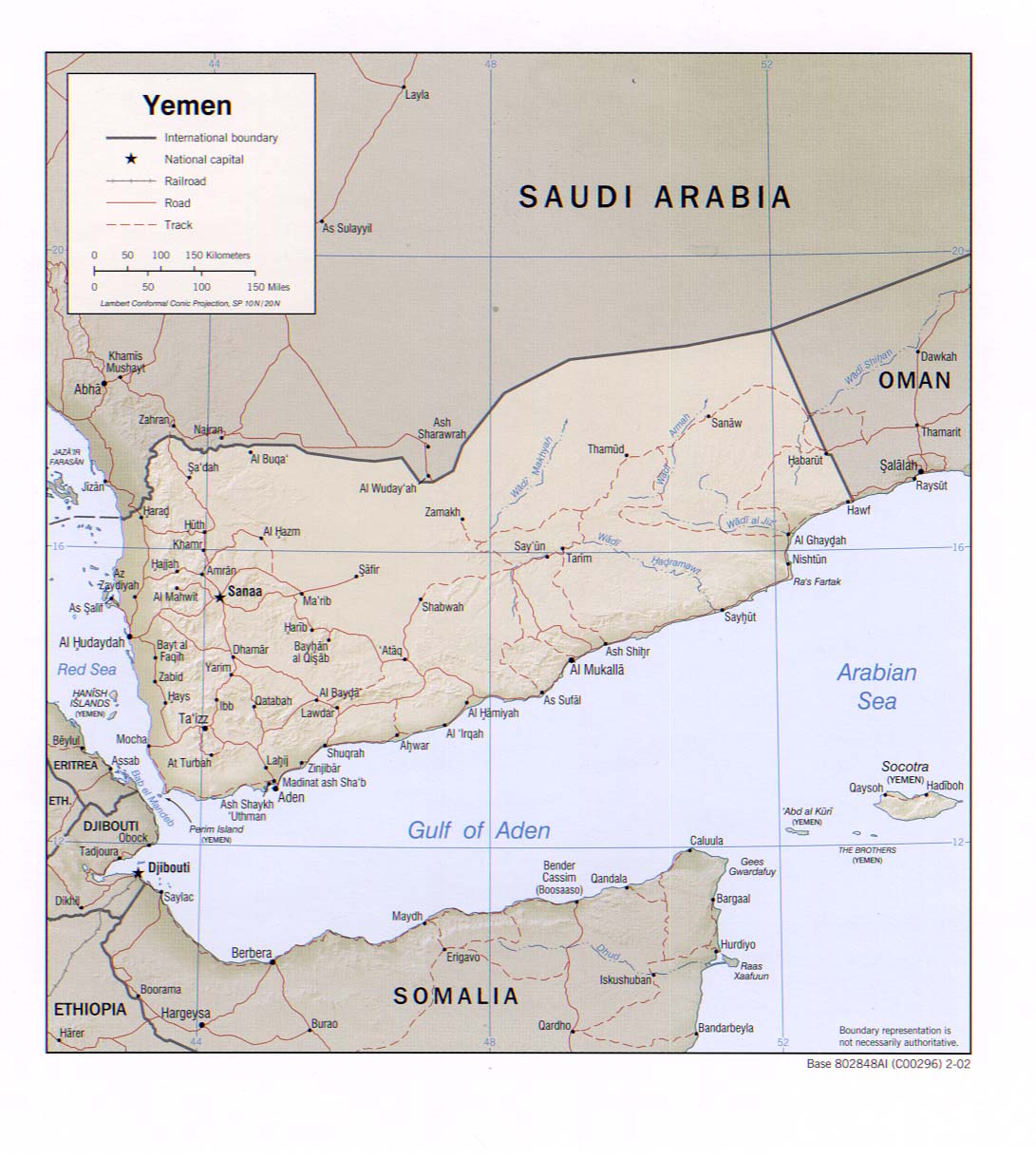 Nice article on The Economist website that you should read in its entirety (may require free registration), Instability in Yemen: The Houthis aim the sword:


Yemen's Houthi rebels appear to be moving in for the kill against the staggering government of President Abd Rabbo Mansour Hadi.

Can't tell the players without a scorecard?


The Houthis (who prefer to call themselves Ansar Allah, or the Partisans of God) were operating alongside allies of the former president, Ali Abdullah Saleh, who was toppled in 2011; together they form the so-called “Popular Committees”, militias that control a growing chunk of northern Yemen.

The rolling coup has been a long time gathering. A once-marginalised movement emerging from the Zaydi branch of Shia Islam, whose devotees make up about 40% of Yemen's population, the Houthis fought against the army in the northern province of Saada between 2004 and 2010.
***

The turmoil in Yemen is borne of long-standing internal rivalries and the country’s endemic instability. But America and especially Saudi Arabia will see in the Houthis a dangerous extension of Iran’s power. Iran already provides military help to the governments of Iraq and Syria against Sunni insurgents, among them the jihadists of Islamic State, and is the power behind Lebanon’s Hizbullah militia. Iranian officials, for their part, seem more than happy to feed Saudi fears.***


The consequences of instability in Yemen extend far beyond its borders.

Email ThisBlogThis!Share to TwitterShare to FacebookShare to Pinterest
Labels: The War with Iran, Yemen