China and Its Australian Gambit 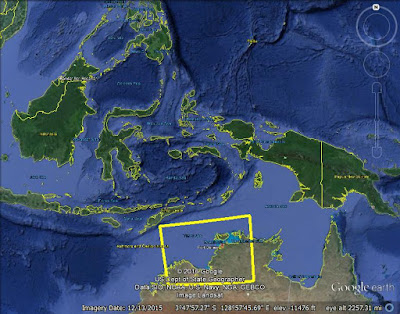 
The port in this remote northern Australian outpost is little more than a graying old wharf jutting into crocodile-infested waters. On a recent day, there was stifling heat but not a ship in sight. “Our pissy little port,” as John Robinson, a flamboyant local tycoon, calls it.

The financially hurting government of the Northern Territory was happy to lease it to a Chinese company in October for the bargain price of $361 million, raising money for local infrastructure projects.

“We are the last frontier; you take what you can get,” said Mr. Robinson, who is known as Foxy. “The Northern Territory doesn’t have the money for development. Australia doesn’t have it. We need the major players like China.”

But the decision has catapulted the port of Darwin into a geopolitical tussle pulling in the United States, China and Australia.

This month, the United States said it was concerned that China’s “port access could facilitate intelligence collection on U.S. and Australian military forces stationed nearby.”

Not really a brand new story, back in November, The Australian Financial Review reported US 'stunned' by Port of Darwin sale to Chinese:


Richard Armitage, a former United States Deputy Secretary of State, said he was "stunned" that Australia blindsided the US on a decision to allow a Chinese company with alleged links to the People's Liberation Army to lease the Port of Darwin.

"I couldn't believe the Australian defence ministry went along with this," Mr Armitage told The Australian Financial Review in an interview.

"And I was further stunned to find out that apparently this did not come up in the A-US talks [Australia-United States Ministerial Consultations]."

Mr Armitage's comments come amid growing controversy about the $506 million deal between the Northern Territory Government and the Chinese Company, Landbridge Corporation to lease the Port of Darwin for 99 years. The furore comes ahead of final bids being lodged for the $9 billion purchase of the NSW electricity grid, which also includes the purchase of sensitive optic fibre cables used by the defence establishment.

Check out the map above. Darwin is a vital port right on alternative sea lanes to China, Japan, Korea, etc, from the Middle East. It's that little red dot in the yellow box.