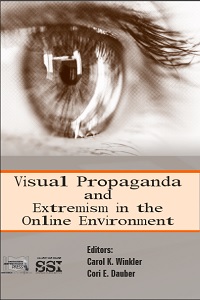 Please join us at 5pm EST on 6 March 2016 for Midrats Episode 322: Radical Extremism, Visual Propaganda, and The Long War:


In the mid-1930s, Leni Riefenstahl showed the power of the latest communication technology of her time to move opinion, bring support, and intimidate potential opponents. The last quarter century's work of Moore's Law in the ability to distribute visual data world wide in an instant has completely change the ability of even the smallest groups with the most threadbare budgets to create significant influence effects well inside traditional nation states' OODA loop. How are radical extremists using modern technology, especially in the visual 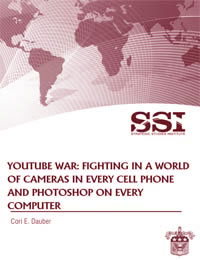 arena, to advance their goals, who are their audiences, and how do you counter it? Using as a starting point the Strategic Studies Institute and U.S. Army War College Press's publication, "Visual Propaganda and Extremism in the Online Environment, YouTube War: Fighting in a World of Cameras in Every Cell Phone and Photoshop on Every Computer, the Small Wars Journal's ISIS and the Family Man
and ISIS and the Hollywood Visual Style, our guests will be Dr. Cori E. Dauber, Professor of Communication at the University of North Carolina at Chapel Hill, and Mark Robinson, the Director of the Multimedia Laboratory at the University of North Carolina at Chapel Hill.