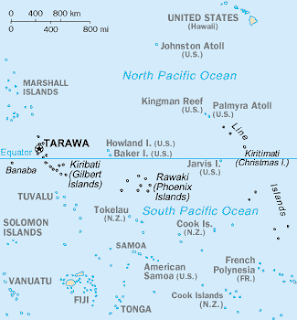 
Howland was discovered soon after 1800 AD during the whaling era. Artifacts found indicate that there may have been early Polynesian visitation. Howland was claimed for the United States under the Guano Act of 1856 by Alfred G. Benson and Charles H. Judd in 1857. A total of 85,000 to 100,000 tons of guano was removed from Howland. After guano mining had stopped, there was not a lot of visitation until 1935 during the Colonizing Era, when military personnel and Kamehameha Schools graduates were stationed on Howland Island, Baker Island, and Jarvis Island to colonize them so the United States could maintain control and establish them as territories. In 1937, a runway was built and prepped for Amelia Earhart so she could use Howland Island as a refueling station on her quest to circumnavigate the globe. Unfortunately, she and navigator Fred J. Noonan never made it. They were last seen July 1, 1937 when they took off from New Guinea. 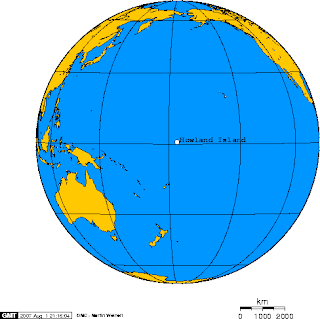 Harbor and several American territories, including Howland, Baker, and Jarvis. On December 8, 1941 Howland was bombed and 2 colonists were killed. Attacks also took place on December 10th and then on January 5th and 24th, 1942. Colonists on Howland and Baker Islands were not rescued until January 31, 1942 and the last colonists were not evacuated from Jarvis and Enderbury until February 9, 1942. The project and the group of young men that were assigned to these expeditions became known as the Hui Panala’au.

Howland Island was named a National Wildlife Refuge in 1974. Before then there were only a few research expeditions between the conclusion of WWII and then. In 2000, US Fish and Wildlife Service began conducting studies on board NOAA vessels. In 2002 they were scheduled to occur every 2 years.


A Japanese air attack on December 8, 1941 by 14 twin-engined Mitsubishi G3M "Nell" bombers of Chitose Kōkūtai, from Kwajalein islands, killed two of the Kamehameha School colonists: Richard "Dicky" Kanani Whaley, and Joseph Kealoha Keliʻhananui. The raid came one day after the Japanese attack on Pearl Harbor and damaged the three airstrips of Kamakaiwi Field. Two days later a Japanese submarine shelled what was left of the colony's few buildings into ruins.[18] A single bomber returned twice during the following weeks and dropped more bombs on the rubble of tiny Itascatown. The two survivors were finally evacuated by the USS Helm a U.S. Navy destroyer on January 31, 1942. Howland was occupied by a battalion of the United States Marine Corps in September 1943 and known as Howland Naval Air Station until May 1944.

All attempts at habitation were abandoned after 1944. Colonization projects on the other four islands were also disrupted by the war and ended at this time.[19] No aircraft is known to have ever landed there, although anchorages nearby could be used by float planes and flying boats during World War II. For example, on July 10, 1944, a U.S. Navy Martin PBM-3-D Mariner flying boat (BuNo 48199), piloted by William Hines, had an engine fire and made a forced landing in the ocean offshore of Howland. Hines beached the aircraft and although it burned, the crew escaped unharmed, was rescued by the USCGC Balsam (the same ship that later took Unit 92 to Gardner Island), transferred to a sub chaser and taken to Canton Island.[20]

Interesting film about the experience of the "colonists":Film history:


On March 20, 1935, six young Kamehameha Schools graduates sailed from Honolulu Harbor aboard the U.S. Coast Guard Cutter Itasca for destinations unknown. Carefully recruited for their physical and mental fitness, they believed they would be collecting specimens for Bishop Museum.

Instead, they found themselves on remote desert islands in the middle of the Pacific, living for months at a time in total isolation. The ability of these young Hawaiian men, as "Americans," to survive would eventually enable President Roosevelt to claim jurisdiction over the islands of Jarvis, Baker, and Howland.

"Under A Jarvis Moon" was screened at Marks Garage to a standing-room only crowd in early January. It was later shown at the Atherton Halau Bishop Museum to more than 300 people.

A tribute to her grandfather George, Noelle Kahanu's discovery in the archives of the Bishop Museum of a story long forgotten is renewed in this film.