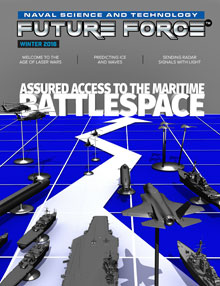 Well, actually, you can read the Office of Naval Research's Future Force magazine to peek into future capabilities:


Future Force is a professional magazine of the naval science and technology community. Published quarterly by the Office of Naval Research, its purpose is to inform readers about basic and applied research and advanced technology development efforts funded by the Department of the Navy. The mission of this publication is to enhance awareness of the decisive naval capabilities that are being discovered, developed, and delivered by scientists and engineers for the Navy, Marine Corps, and nation.

You might also enjoy reading the Navy League of the United States magazine SEAPOWER: 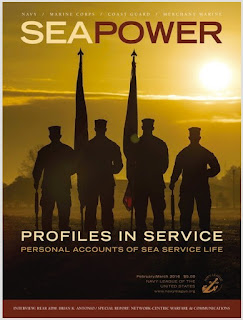 SEAPOWER magazine and its Almanac issue are official publications of the Navy League of the United States, an international organization founded in 1902 to support the U.S. sea services. SEAPOWER articles cover a wide range of topics, including national defense, foreign policy, naval affairs, maritime issues, homeland security and defense research, development and procurement. SEAPOWER coverage focuses on such areas as defense strategies, emerging technologies and ways to improve the operational concepts and managerial processes of the U.S. sea services.

The principal mission of SEAPOWER — an award-winning monthly magazine — is to educate Congress and the American people about the activities, requirements and accomplishments of the sea services and U.S.-flag Merchant Marine. It also provides a forum for senior sea service leaders to express their views on various topics of concern. SEAPOWER also supports and encourages the programs of the Navy League councils throughout the United States and overseas.