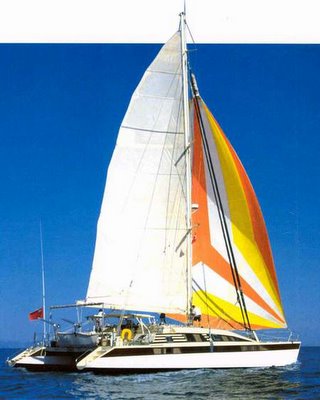 An Australian yachting site recognizes a potential benefit of stepped-up anti-piracy patrols in the Red Sea, Gulf of Aden and off of Somalia here:

The presence of a more active US Navy and a new Somali contract for security could mean less danger for cruising sailors on their way through the Gulf of Aden this year.

The danger of crossing the notorious ‘Pirate Zone’ between Yemen and Somalia deepened in March last year when the crews of two American Sailboats were lucky to escape with their lives. Until that attack, pirates had only stolen goods, not threatened the lives of cruising sailors as they did when they approached the two American boats, Gandalf and Mahdi.

Since then, there have been a number of pirate attacks which have involved shootings, mostly on commercial shipping, some of which has been well reported – 35 incidents in the last nine months...

...The next season’s strung out fleet of cruising boats is about to start the journey from South East Asia or the Indian Ocean to the Red Sea on their way to Europe, and to do so must pass through the ‘Pirate Zone’ in the Gulf of Aden. Whether actions of the US Navy, with its contingent of ships in the area, and, less hopefully, the marine security company, are a sufficient threat to keep the waterways safe is yet to be seen.