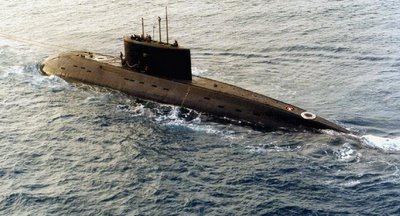 Indonesia has expressed its intention to purchase 12 submarines from Russia before 2024.

First Admiral Abdul Malik Yusuf, the chief spokesman for the Indonesian Navy was quoted by RIA-Novosti news agency as saying combat submarines were strategic armaments allowing the country to maintain security in its territorial waters.

The admiral said the Indonesian waters were defenseless against the penetration of foreign ships. In light of this, the Indonesian navy turned to the country’s leadership with a proposal to purchase six Kilo-class submarines worth $1.9 billion from Russia in the next five years. The proposal had not yet been accepted due to insufficient budget funds. (hat tip: ThreatWatch)