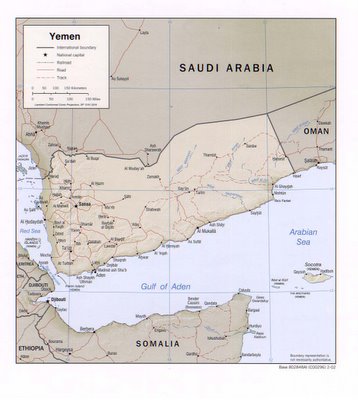 According to Thomas O'Connor, principal petroleum engineer for the World Bank, who headed a three-year study of the oil prospects in the Gulf of Aden, off Somalia's northern coast, Somalia's oilfields have “high commercial potential, once the Somalis get their act together”, like the Sana'a Somalia presidential deal. Everyone thinking the big question here isn't famine relief but oil -- whether the oil concessions granted under Barre will be transferred if and when peace is restored. It's potentially worth billions of dollars, and believe them, that's what the whole game is starting to look like piracy, famine and clan skirmishes.”

Far beneath the surface of the tragic drama of Somalia, four major U.S. oil companies are quietly sitting on a prospective fortune in exclusive concessions to explore and exploit tens of millions of acres of the Somali countryside. That land, in the opinion of geologists and industry sources, could yield significant amounts of oil and natural gas if the U.S.-led military mission can restore peace to the impoverished East African nation...

...The US government's Energy Information Administration identifies the Bab-Almandab Strait as one of the most strategic "world oil transit chokepoints". How convenient if in the course of cleaning out a nest of tyrant regimes Washington might militarily acquire control of the Horn of African region and the Red Sea zone. Until now the states in the area have supported US attempts to militarize the region to secure Oil supplies through red sea zones from the unknown enemies.