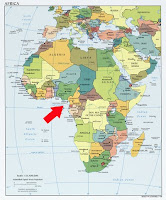 A couple of kidnappings and some robberies of ship crews of vessels moored in Douala Harbor are worthy of note as set out in "Shipping Piracy Moves To West African Coast" from the Handy Shipping Guide:


The fashion for piracy has seemingly moved directly across the continent with several attacks taking place on Sunday 12th September in the harbour at Douala. An armed gang roamed the moorings and attacked two vessels terrorising the crews and robbing them of valuables.

After the initial assaults the gang attacked a trailing suction hopper dredger, the Amerigo Vespucci, and despite some resistance, seized two crew members, one Filipino, the other Croatian.

Robberies of a similar sort happen in ports around the world and do not meet the UNCLOS definition of "piracy" ("high seas" being a required location).

On the other hand, the International Maritime Bureau has long taken a more expansive view of piracy, a matter of an email exchange that I had with Noel Choong, director of the International Maritime Bureau's anti-piracy office a couple of years ago (see here). The IMB has a commendable goal of saving ship crews and improving safety and takes in a broader scope of crimes against shipping is covered by the UNCLOS definition.

Call it what you will, there are a couple of kidnapped sailors at risk and that is the real concern here.

Piracy. robbery and kidnapping are not new visitors to West Africa, though, as the following IMB derived maps show: 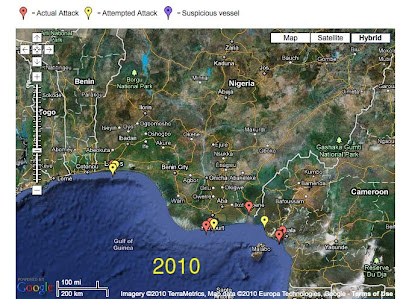 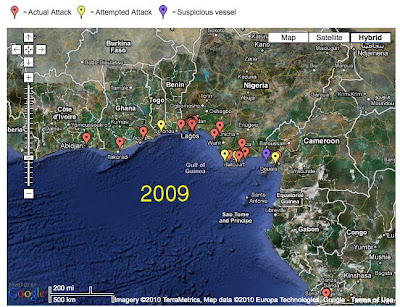 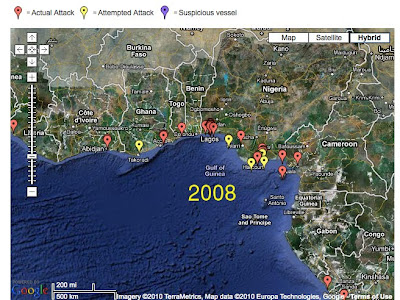 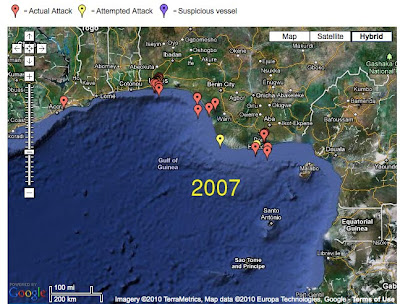 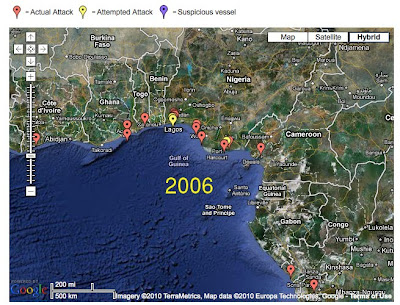 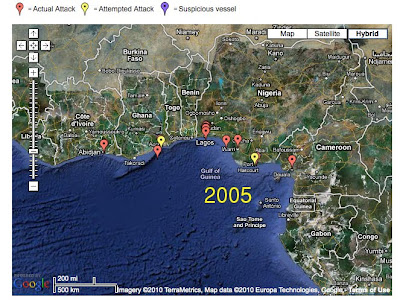