Somali Pirates: US aims at reversing dismissal of piracy indictment

The U.S. attorneys in Norfolk's Somali pirate trial are aiming at the judge's dismissal of the "piracy" count of the charges brought against the defendants, as reported by the Washington Examiner US appealing dismissal of piracy indictment : 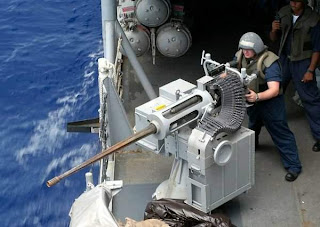 The U.S. government is appealing a federal judge's decision to dismiss piracy charges against five Somali defendants accused in an April attack on a U.S. Navy ship off the coast of Africa.

Prosecutors signaled their intent to appeal to the 4th U.S. Circuit Court of Appeals in a filing Friday in federal court in Norfolk, where the five are scheduled for trial. They also are seeking to delay the start of the trial, scheduled for Oct. 19, while they seek to have the piracy ruling overturned by the Richmond appeals court.

U.S. District Judge Raymond A. Jackson on Aug. 17 dismissed the most serious charge against the Somali nationals, concluding the government failed to make the case that the men's alleged actions met the legal definition of piracy.


Article 15
Piracy consists of any of the following acts:
(1) Any illegal acts of violence, detention or any act of depredation, committed for private ends by the crew or the passengers of a private ship or a private aircraft, and directed:
(a) On the high seas, against another ship or aircraft, or against persons or property on board such ship or aircraft;
(b) Against a ship, aircraft, persons or property in a place outside the jurisdiction of any State;
(2) Any act of voluntary participation in the operation of a ship or of an aircraft with knowledge of facts making it a pirate ship or aircraft;
(3) Any act of inciting or of intentionally facilitating an act described in subparagraph 1 or subparagraph 2 of this article.

Shooting at ships, even if boarding is not accomplished, would seem to fall under paragraph 1 of Article 15. This argument was raised at the pretrial hearing and dismissed by the judge.

We'll see if the Court of Appeals in Richmond has a differing view.

As noted in my first post on this dismissal (here), lots of legal wise men feel the judge was in error: