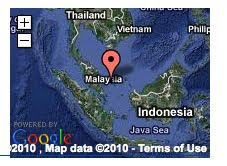 This is another in a string of attacks in this area (see here), prompting an IMB warning here:


Indonesia : Anambas / Natuna / Mangkai islands area. Attacks are increasing. Pirates normally armed with guns / knives and / or machetes. Generally be vigilant in other areas. Many attacks may have gone unreported.