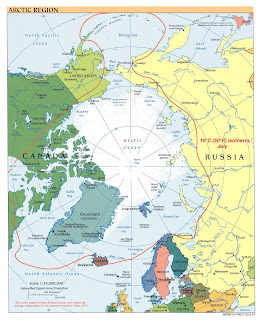 Interesting look at an effect of global warming that may put a dent in piracy off Somalia found at "Bye pirates, hello Northeast Passage" :


Climate change may have delivered a solution to the risk faced by ships and crew passing through the waters of Gulf of Aden. A cargo ship bearing Hong Kong flag carrying 41,000 tons of iron ore will become part of maritime history as it sails from Norway to China through Russia's arctic passage instead of the pirate-infested Somalian waters.

Although Nordic Barents is not the first ship to pass through the Arctic wasteland, it becomes the first foreign-registered vessel allowed by Russia to make a voyage between two non-Russian ports. The ship's owner aims to prove that the route would become a viable alternative to the longer southern route from Europe to Asia. Nordic Barents is scheduled to leave the small Norwegian port of Kirkenes and head towards the Chinese port of Dalian. If the trip proves successful, the route enters one more step in competing against the Suez Canal sea route.

Yep, during the appropriate seasons -

A report of the first modern commercial voyage from the Barents Observer "Route through Northeast Passage faster than expected": 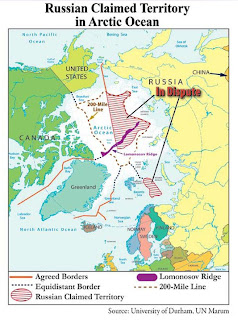 The first high-tonnage tanker to take the Northern Sea Route from Europe to Asia has arrived Pevek on the Chukotka Peninsula one day earlier than expected.

It took the 100 000 tons tanker “Baltica” 11 days to cover 2500 miles. The vessel is expected to arrive in Ningbo, China, in the first half of September, web site Portnews.ru reports.
***
The fact that the tanker has covered the distance in less time than expected, shows the potential of the Northern Sea Route when it comes to cutting back on transport time and increasing cost efficiency of oil and gas deliveries to Asia and regions in the Pacific Ocean, the ship owner Sovcomflot says.

Not without risk, though, as The Old Salt Blog reports on a collision between two Russian ships on the route. 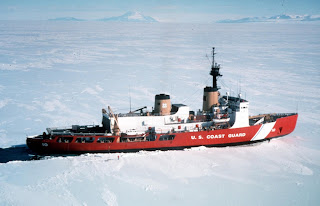 Naturally, this new route poses a lot of concerns, both environmental and, for the U.S., national security:


Arctic melting is leaving new coastline and waterways up to the north, but some Arctic strategy experts are concerned that polar ice is melting faster than U.S. military planners are gearing up for what an open-water arctic will mean for U.S. security.
***“If you think strategy relates somehow to means and investment in means then we don’t have a strategy,” said Robert Laird, a security consultant based in Washington and Paris. “You have five stakeholders in the Arctic,” he said. The U.S., Russia, Denmark, Norway and Canada each have Arctic territory. “The only country that’s not strategic in this is us.”

It's not like the U.S. Coast Guard has been silent on the ramifications of this situation- here are a couple of links to DoD Live Blogger Roundtables in which former Commandant Adm. Thad Allen discussed the situation: Part 1 and Part 2.

The U.S. has three (yes, only 3) ice breakers suitable for operating in the Arctic environment and two of those are over 30 years old.

There is a NATIONAL SECURITY PRESIDENTIAL DIRECTIVE/NSPD -- 66 on "Arctic Region Policy":


National Security and Homeland Security Interests in the Arctic


The Navy understands the wide range of security considerations in the Arctic region and that the effects of climate change in the Arctic will influence the geostrategic landscape.
***
While the Navy has a rich history in the Arctic, several challenges must be met
to ensure successful operations in the future. These include the lack of support
infrastructure and logistics support, environmental hazards such as drifting sea 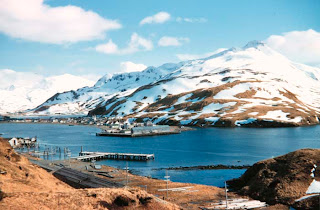 ice and icing on exposed surfaces, and communications difficulties. Antiquated
nautical charts, drifting ice, low visibility, and the paucity of electronic and visual navigation aids hinder safety of navigation. A lack of coastal installations
also contributes to the difficulty of search and rescue (SAR) operations. The only American-owned deepwater port near the Arctic basin is Dutch Harbor, in the Aleutian Islands.

More on the Arctic Roadmap here. And a USNI article Arctic Melt: Reopening a Naval Frontier. Of course, the topic was raised in the Sea Services' A Cooperative Strategy for 21st Century Seapower:


Climate change is gradually opening up the waters of the Arctic, not only to new resource development, but also to new shipping routes that may reshape the global transport system. While these developments offer opportunities for growth, they are potential sources of competition and conflict for access and natural resources.

Previous USNI Blog posts that are related: CHINA: Linking the South China Sea and the Arctic Ocean and Arctic Diplomatic Meet Gets Frosty.

I guess it's time to get busy. Where's the funding?

More on this later.
UPDATE: Northern Passage vs. Suez Passage: 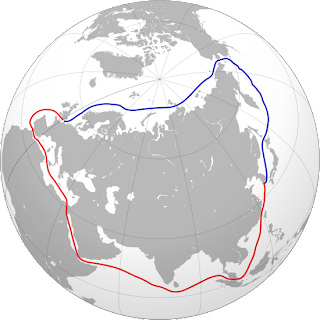