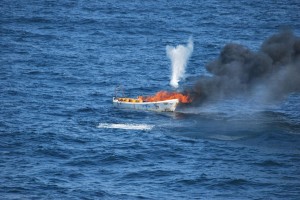 Galicia was patrolling off the east coast of Somalia and thanks to detailed information gathering, the Spanish ship was able to intercept two skiffs and the whaler.
The group was located at night only 500 meters from the Somali coast by one of Galicia’s helicopters, which started the preparation for the interception. 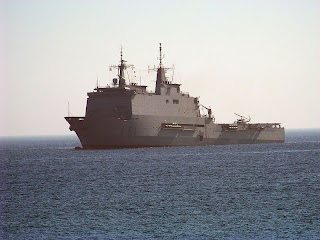 This one was completed without any opposition from the 11 suspected pirates. The whaler and skiffs carried all pirate paraphernalia indicating they were preparing to conduct acts of piracy off the coasts (fuel drums, ladders, weapons and ammunition.

As none of the pirates were caught in an act of piracy, although conspiracy was clearly stated, it was not possible to proceed with a prosecution. However, everything that could be used to conduct piracy was seized and the whaler and one skiff were destroyed.