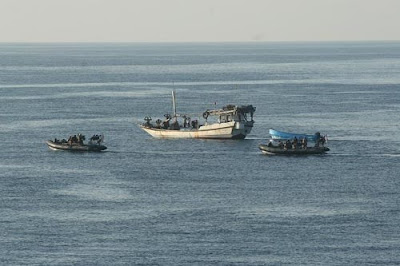 British commandos killed two suspected pirates who tried to seize a Danish ship in the Gulf of Aden in an unprecedented operation involving a Royal Navy and a Russian warship, it was revealed today.

The suspect pirates were shot yesterday after the Royal Marine commandos, in rigid inflatable boats launched from the frigate HMS Cumberland, were fired at from a Yemeni-flagged dhow, the Ministry of Defence said. 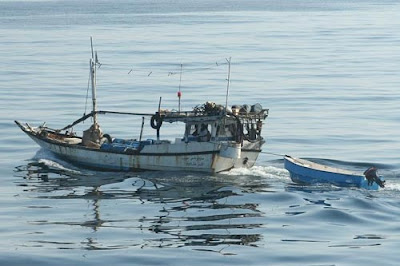 It said the Cumberland was conducting routine Nato maritime security operations in the Gulf of Aden when a number of its crew boarded the dhow. The British crew "had reason to believe" the vessel had been involved in an attack on the Danish-registered MV Powerful earlier that day.

The rest of the crew surrendered and the vessel was boarded 60 miles south of the Yemeni coast.