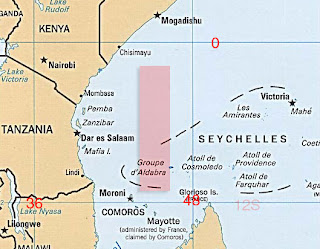 That's the question posed in the November 14 Piracy Alert fron the IMB Piracy Reporting Centre here, following a series of new incidents away from the Gulf of Aden:

It appears that a different group of pirates believed to be Somali pirates may be operating further south of Somalia probably targeting ships enroute to Mombasa, Kenya, where ships would sail closer to coast to arrive port.

All ships are strongly advised to maintain a strict 24 hours visual and radar watch off Kenya and Somalia. Early assessment / detection will allow ships to take evasive measures to prevent boarding and request for assistance.

Given the reported capture of a VLCC in nearby waters (see here), that's good advice.