Iran to send two warships to Somalia to fight pirates 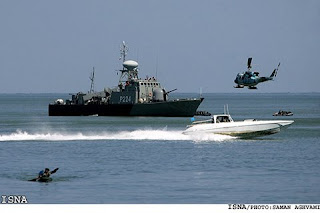 Now that pirate season is winding down with the monsoon season arriving, Iran is sending a couple of warships to the area for "five months" as set out here:

According to IRNA reporter at UN Headquarters in New York, Khaza'ie in his letter added that the Iranian Navy ships would take position at operation region within the next two days and remain there for a period of at least five months.

The Iranian warships would in addition to safeguarding the Iranians ships and ships that are in a way related to Iran assist any other foreign ship that would seek assistance against the pirates, and help Somalia government in its combat against piracy.

I guess better late than n 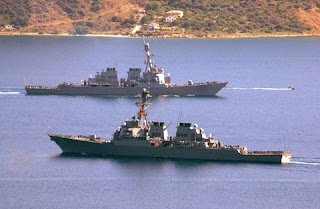 UPDATE: I suppose it's humorous that this site identifies the ships is the neaby photo as being "Iranian navy in Persian Gulf (photo IRNA)". Oddly enough, Wikipedia has the same picture and provides the following identification:

UPDATE: An Iranian "frigate" or "corvette" - 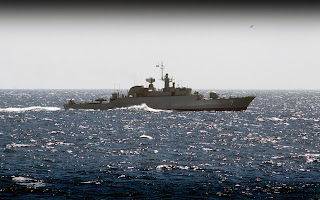