A reader (thanks, Bryan!) emailed me about this - an American CBS television reporter is out riding on the the HMCS Winnipeg and fled the following Exclusive: Pirate Drama Unfolds Up Close:

In the gulf of Aden, on board the Canadian warship Winnipeg Friday morning, the first calls came into the bridge from the cargo ship Maria K, reports CBS News correspondent Sheila MacVicar.

"They are still shooting with rocket-propelled grenades," the Maria K radioed.
***
"This is clearly an act of piracy," the commander of the HMCS Winnipeg Craig Baines told MacVicar. "The merchant seamen said they saw rocket propelled grenades being fired at them." 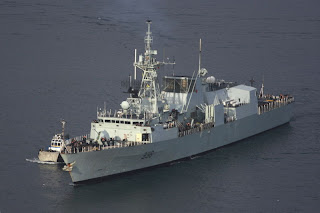 ***
The pirates move fast. To prevent a hijacking there is very little time for action. Within minutes three naval helicopters were in the air.

"The pirate skiff is breaking off," a crewman radioed. "They're heading north."

Suddenly, the pirates break off their pursuit of the Maria K and head for an American ship. It's the Maersk Virginia - sister ship to the Maersk Alabama, hijacked last month.

Maersk Virginia escapes the attack, too.

A little overly dramatic for my taste, and I doubt the pirates in the skiffs connected the Maersk ships, but an interesting report. Good job, Canadians and Italians. 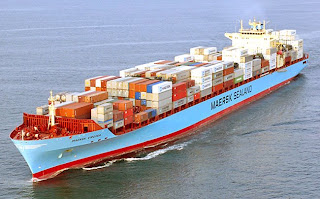 Another report on the Maersk Virginia attack.

Maria K photo Ivan Meshkov from ShipSpotting.com and used in accord with the terms there.