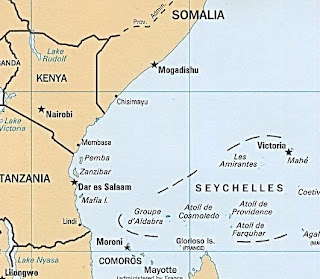 Somali pirates seem to like the outward expansion of their piracy danger zone they've created, now taking ship "250 miles southwest of the Seychelles" as reported here:

Somali pirates hijacked a Greek ship with 28 Ukrainian crew on board in the latest attacks on foreign vessels in the pirate-infested Indian Ocean waters, a regional maritime official confirmed on Saturday.

Andrew Mwangura, the East Africa Coordinator of Seafarers assistance program said the Malta-flagged MV Ariana was seized late Friday but he received the news of the hijacking early Saturday. 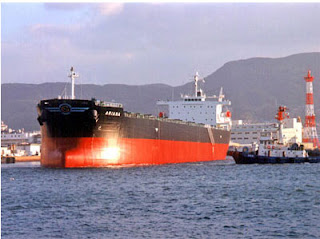 "The vessel was hijacked on Friday but we received the reports early on Saturday. The MV Ariana was sailing from Brazil to the Middle East," Mwangura told Xinhua by telephone from the Kenyan port city of Mombasa. "The crew are all Ukrainian and we believe they are safe," Mwangura added.

The incident came hours after a Portuguese warship thwarted an attack on a Norwegian vessel in the Gulf of Aden. The warship, part of a NATO patrol, destroyed explosives they discovered when they captured the pirates.

The explosives can be used for demolition and blasting through walls.

The Portuguese warship, the Corte Real, sent a helicopter to help the oil tanker Kition after a distress call was made. The incident happened about 161 km off the Somali coast.

According to NATO, the Portuguese helicopter chased the pirates back to their "mother ship", or command vessel, and briefly detained about 19 pirates. 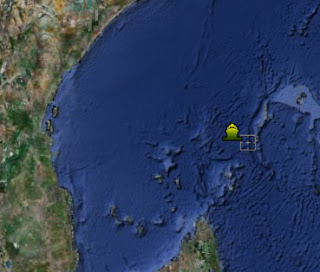 WARNING - 02.05.2009: 0230 UTC: POSN: 07:19S - 052:11E, OFF SOUTHERN SOMALIA. A BULK CARRIER WAS ATTACKED AND HIJACKED. AWAITING FOR FURTHER INFORMATION. ALL VESSELS ARE ADVISED TO REMAIN VIGILANT. PIRATE MOTHER VESSELS AND PIRATE SKIFFS ARE BELIEVED TO BE ACTIVELY OPERATING IN THE ABOVE AREAS. ALL VESSELS NOT MAKING SCHEDULED CALLS TO PORTS IN SOMALIA, KENYA OR TANZANIA KEEP AS FAR FROM THE SOMALI COAST AS POSSIBLE. ALL VESSELS ARE ADVISED TO MAINTAIN A DISTANCE OF MORE THAN 600 NAUTICAL MILES FROM THE COASTLINE AND WHEN ROUTING NORTH/SOUTH CONSIDER KEEPING EAST OF 60E LONGITUDE UNTIL EAST OF THE SEYCHELLES. ALL VESSELS TRANSITING THE AREA AND NOT ABLE TO KEEP 600 NM OFF THE SOMALI COAST ARE ADVISED NOT TO APPROACH CLOSER THAN 100 NM FROM THE POSITION GIVEN IN THIS REPORT AND MAINTAIN MAXIMUM CPA WITH ANY SHIP ACTING SUSPICIOUSLY. WHILE NAVIGATING IN THE REGION VESSEL ARE URGED TO OPERATE AT A HEIGHTENED STATE OF READINESS, MAINTAINING STRICT 24 HOURS ANTI-PIRACY VISUAL AND RADAR WATCHES, ACTIVELY IMPLEMENT RECOMMENDED ANTI-PIRACY MEASURES. EARLY ASSESSMENT / DETECTION WILL ALLOW SHIPS TO TAKE EVASIVE MEASURES TO PREVENT BOARDING AND REQUEST FOR ASSISTANCE. VESSELS TO REGULARLY REPORT THEIR POSITION/COURSE/SPEED TO UKMTO. VESSELS TO REPORT ALL ATTEMPTED AND ACTUAL ATTACKS AND SUSPICIOUS SIGHTINGS TO THE IMB PRC AND UKMTO.