Attention on Deck: Call for Assistance 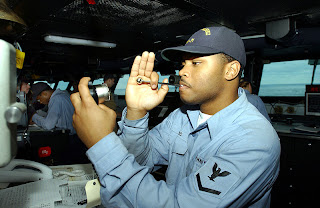 Boston Maggie and her friendly neighborhood Senior Chief request some aid for some wounded Marines. Your attention is directed to Bostonmaggie: Listen Up! I Want Something!:


My fav BMCS has found a particular problem in Khandahar. His unit has come across a group of wounded Marines who have slipped through the cracks so to speak. They come in straight from the field with the clothes on their back. In most cases, these Marines have suffered a TBI (Traumatic Brain Injury). They are in this location to see the doctors at the nearby facility, which is top-notch, before being shipped out to other facilities.

So, what's the problem? Well, for one thing, the Marines have none of their own gear. Except for seeing the docs, they are sitting around bored silly.
***

So, help out these transient Marines by sending over some stuff. Here's a list Maggie posted:

Imagine a doctor visit that may last weeks . . .

That is all. Carry on.

Email ThisBlogThis!Share to TwitterShare to FacebookShare to Pinterest
Labels: Helping the Troops