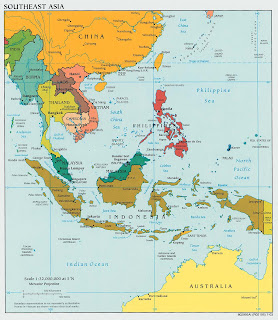 As reported by here:


The Asian Shipowners' Forum has joined a global push to end what it considers "uncontrollable" piracy plaguing shipping in the region, the
regional industry group said Wednesday.

The ASF, which represents about 50% of the world's trade shipping fleet and covers shippers in 14 major Asian countries and government, said it would sign a global petition that is due to be presented to various governments on
September 23 -- IMO World Maritime Day.

"The situation has become uncontrollable and we have to put a quick stop to these criminal activities," said S S Teo, chairman of the ASF's Ship Navigation and Environment Committee.

Piracy has become a major irritation to tankers carrying oil, petrochemicals and dry bulk commodities around southeast Asia, with attacks
reported frequently in and around India, Singapore and southeast Asia.

Governments in the region have increased cooperation to frustrate attempts at piracy, including the establishment of the Regional Cooperation Agreement on Combating Piracy and Armed Robbery against Ships in Asia in 2006.

Earlier this week, ReCAAP reported that there had been 10 attacks on shipping in Asia in May alone, including one on a petrochemicals tanker and
three on dry bulk carriers.

As seen in this earlier ASF press release, their concerns are not just in the SE Asia region:

he Asian Shipowners’ Forum (ASF), at its 19th annual meeting held today in Hong Kong, expressed its strong concern at the continuing attacks on merchant ships and urges the world’s navies to increase their protection of ships passing through the Gulf of Aden and the Western Indian Ocean. “The situation has become a serious crisis, one that deeply affects seafarers and their families and the carriage of world trade, and while we are grateful for their protection, it would seem that the rules of engagement are not effective to stop and punish the attackers”, said Mr SS Teo, the SNEC Chairman.

Mr George Chao, the SILC Chairman added “And the deliberately vague Executive Order issued by the President of the United States is only adding to the confusion, by apparently seeking to restrict the ability of shipowners to free their seafarers from kidnap while not offering anything in return that would ensure the protection of our seafarers.”

The current press release can be found here:

The Asian Shipowners’ Forum (ASF) joins forces with a coalition of organisations, ranging from trade unions to shipowners’ associations and insurers, to back a global e-petition, www.endpiracypetition.org, demanding concrete actions to end maritime piracy that is placing seafarers’ lives at risk and threatening the international shipping and the world trade.
***
The Secretary General of ASF, Mr Yuichi Sonoda, also echoed the same sentiments. He added, “As 90% of the world trade is carried by sea, all shippers and cargo owners are also encouraged to join in the e-petition as the cost of piracy could ultimately be passed on to the consumers. Therefore it is paramount for each and every one of us to be actively involved. This e-petition is intended to deliver at least half a million signatures to governments by IMO World Maritime Day on 23 September 2010.”