Maps and analysis of Somali pirate attacks from the United Nations UNOSAT folks from April 2009, covering the period ec 2008 to April 2009UNOSAT: Maps. Older info but useful in looking forward: 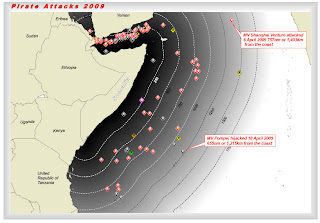 This report contains a detailed spatial analysis of the dramatic upsurge of pirate activity in 2009, focusing on changes in attack locations within the Gulf of Aden, changes in the attack success rate by month as well as on the unprecedented expansion of attacks in the Indian Ocean. Update: From the IMB Live Piracy Map - a look at the some area as covered by UNOSAT but for 2010 to date: 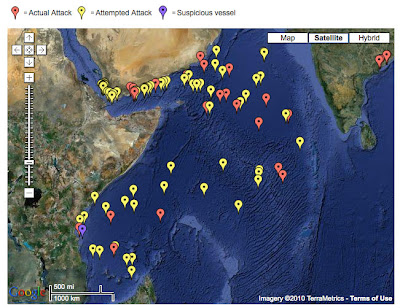