Idiots at Sea: "Sea Shepherds" Continue to Act Dangerously -This Time in the Med 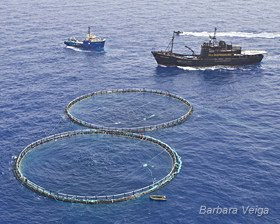 
The Federation of Maltese Aquaculture Producers said it was shocked to hear about two Maltese seamen were injured in "a vicious and unprovoked attack by the Sea Shepherds".

"At around 15.00 today the Steve Irwin attacked an Italian tug boat (Cesare Rustico) towing cages belonging to fish & Fish Limited. The tug was sailing in company with the Maltese flagged Rosaria Tuna as a support vessel. The fish had been caught legally by a number of purse seiners operating according to ICCAT regulations, and subsequently purchased by the Maltese farming company. Contrary to what has been stated by the Sea Shepherds the vessel Tagreft was not present," the federation said. 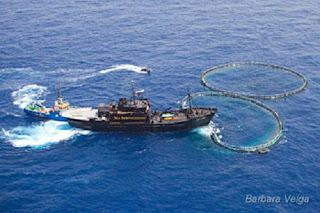 "The Steve Irwin approached the convoy with the intention of freeing the fish in the cages despite it being clear that the fish was caught legally. Though it was also obvious that the crew of the vessels would have resisted such a move it was an unequal struggle. The Steve Irwin was initially constructed as an offshore patrol vessel for the United Kingdom with a displacement of nearly 900grt. It is equipped with a helicopter and instruments designed to overpower fishing boats. On the other hand the tug and the support vessel are small boats each having a displacement of around 150 grt." 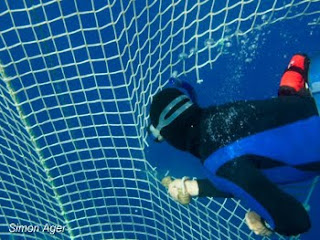 The federation said it was not true that those on the Steve Irwin acted in self defence.

"On the contrary those on board assailed the two vessels specifically to tear the cage and ruin the catch. They used rubber bullets to subdue the crew. They threw bottles, acid, ammonia and other stuff at the crew. They didn’t care that their actions were exposing people to danger. They didn’t care that the fish were caught legally. They in fact think they are above the law and can do as they like. They are more than irresponsible. They are armed, dangerous and bent on causing harm to private property."

The federation said it expected the intervention of the Maltese authorities. "Nobody has the right to take the law in his hands. This is a fundamental precept of our way of life and it is certainly not going to be unlawful threats and activities by so-called environmental activists that is going to change it."

As usual, the SS has a different version, but since they lie so routinely, there is no point in quoting them here. Go to the link to see how they attempt justify their dangerous antics. Photos show SS vessel engaging in dangerous action against smaller fishing tug and a SS diver damaging a fishing net.

If those were my nets, I'd be shooting.