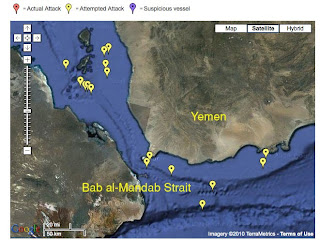 
Somali pirates have shifted their operations from the Gulf of Aden to the Bab al-Mandab Straits, Yemeni news agency reported Tuesday, citing the Interior Ministry as saying.

The ministry said that all measures have been taken to face the move, amid stepped pirate attacks in the region.

Since early June, pirates have attacked more than 10 Yemeni ships and oil tankers in the straits but all attacks were thwarted by the Coastguard and security onboard the ships and tankers, the center said.

The following are recent ICC CCS reports of attacks in the Bab-al-Mandab area: 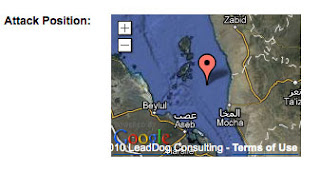 Among reasons for such a shift would be the Summer Monsoon winds off Somalia as found at WeatherOnline:


5. (U) Forecast for the Week of 17 Jun – 23 Jun 2010
(U) Weather is may still be conducive for pirate small boat operations in the Horn of Africa region but will continue to deteriorate due to the upcoming summer monsoon season. Overall pirate activity is expected to decrease during this time period. Weather conditions during the monsoon season will likely reduce the number of pirate attacks; however, pirates will continue to operate when and where weather conditions permit.  Once it has become fully established over the Somali Basin and North Arabian Sea, monsoon conditions will persist throughout most of June, July and August.  Winds up to 23-28 knots with gusts of 35 knots and sea states up to 20-24 feet are expected. Mariners should continue to maintain all counter-piracy measures when transiting the area. Mariners are strongly encouraged to contact UKMTO and all appropriate authorities when transiting the Gulf of Aden as well as make use of the International Recommended Transit Corridor (IRTC). This week, ONI assesses the risk of pirate attacks is low in the Indian Ocean. Pirates will likely continue to operate in the Gulf of Aden where weather conditions are not as severe during the monsoon season. In addition, pirates may attempt to operate in the Southern Red Sea, off the coast of Oman and the Northern Arabian Sea until the monsoons moves into the area.  Pirates may also attempt to operate near the Maldives and east of 075 longitude, which is less impacted by the monsoon season. 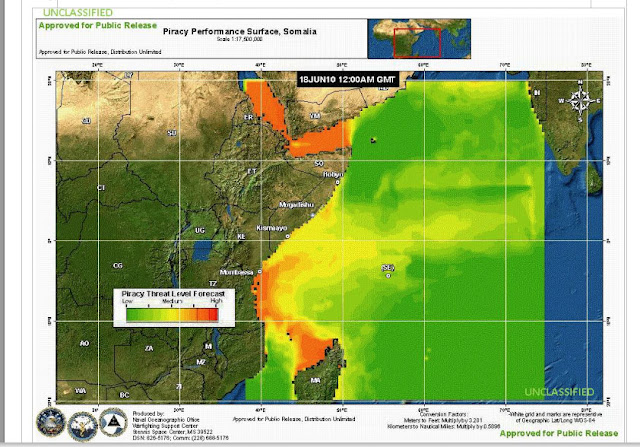